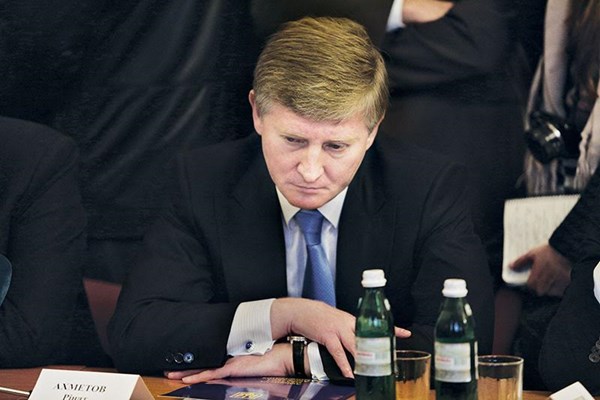 Seperatists “nationalized” Rinat Ahmetov’s companies in the Donbas as revenge for his refusal to take part in the meeting organized by Viktor Medvedchuk, where a “plan of action for the Donbas” was discussed.

According to the publication INSIDER, at the end of January a meeting of the key players of the former Ukrainian government took place in Moscow, including Oleksandr Klimenko, former Minister of Revenue and Duties, Vitaly Zakharchenko, former Minister of Internal Affairs, Oleksandr Yanukovych, Mykola Azarov, and Andriy Klyuyev. The meeting was held in accordance with Medvedchuk’s initiative and in the presence of Vladyslav Surkov, the curator of LPR-DPR. At this meeting, the former Ukrainian government officials allegedly coordinated their actions. Ahmetov was also expected there, but he refused to take part.

The publication’s sources state that the meeting did not have to do with elections, but rather a plan of action.

Medvedchuk tried to coordinate various forces and work out a plan of action, but Ahmetov was not willing to play this game. So they are taking revenge on him,” the source of the INSIDER assumed.

The publication also notes that if the conversation between Aleksandr Zakharchenko and certain Russian citizens intercepted by the SBU (Security Service of Ukraine), which indicated that all factories in teh seperatist-held areas of the Donbas could be transferred to the control of Serhiy Kurchenko, is true, then this is already the second attempt by Kurchenko to get into the DPR energy market.

INSIDER’s source, close to the Cabinet of Ministers of the DPR, affirms that in light of the latest actions by the separatists, the possible project to create a Metenergo holding, published recently by the journalist Sergey Golovnev, looks quite realistic.

According to the document, a single energy holding will be created in the occupied territories of the Donbas, containing the “nationalized” companies of Ukrainian businessmen, including those belonging to the oligarch Rinat Akhmetov.

According to the project, a total of 102 000 people work at these assets. It is expected that a year of operation for such a holding would cost $2 USD billion, but it would generate $3,4 USD billion in revenue.

In order to do this, the creation of a trading house overseen by the Russian Minister of Energy, help from Russia with raw materials, the completion of infrastructure, and a sales market for several products would be necessary.

It is unclear who gave such a plan to whom. It is obvious, however, that according to it the Kremlin wants to free itself from the burden of providing financial support to the separatist republics. Instead, it wants to profit from these territories.

Another aspect is also extremely interesting – the executor of the nationalization. Zakharchenko, leader of the separatist says on record that a meeting on this project will take place in Moscow “on 12 Krasnopresnenskaya street, at the office of Veles Capital, which belongs to Kurchenko”.

The office of the Russian investment company Veles Capital is located at this address. According to official information, its ultimate beneficiary is the Russian businessman Dmitry Bugaenko.