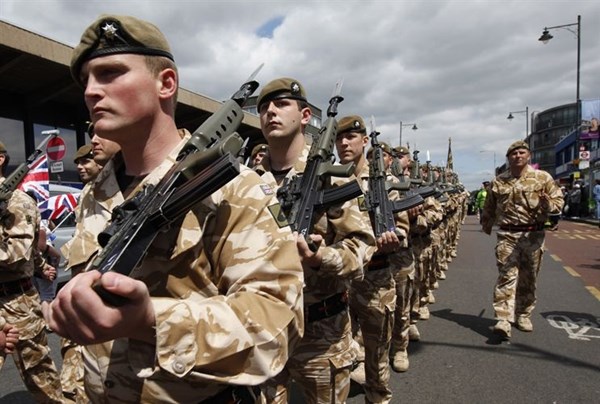 For the first time, British soldiers will be stationed in the three Baltic states within the framework of NATO’s new strategy to deter potential aggression from Russia, as reported by The Times, citing sources in the UK Ministry of Defense.

At the NATO summit in Warsaw, Britain will reportedly offer to deploy 1,000 troops as well as tanks and artillery to the Baltic states.

The Alliance’s preliminary plan is to deploy 4,000 troops to Estonia, Latvia, and Lithuania. The specifics will be discussed at the summit in July.

British aircraft are currently stationed in Estonia as part of the NATO mission to patrol the airspace of the Baltic States.