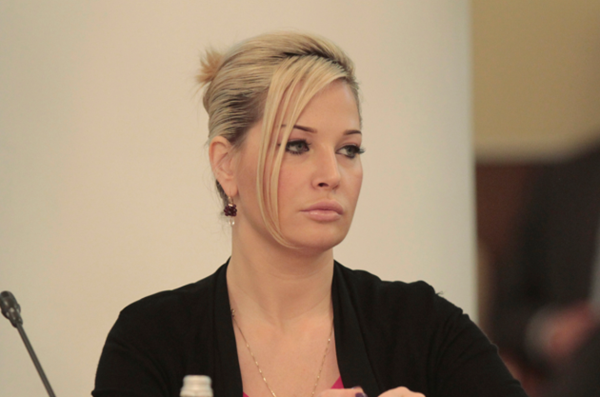 Opera singer Maria Maksakova, who is a former deputy of the State Duma (MP), was expelled from the “United Russia” party on Thursday, February 16. The decision was unanimous, according to Secretary of the Moscow branch of United Russia Andrey Metelsky. The formal reason for exclusion was Maksakova’s possession of Russian and German dual citizenship. Metelsky claimed that "according to the party charter, Maksakova can not stay in the ranks of "United Russia as a dual citizen, and alleged that the party did not know that Maksakova had a second passport because she hid that fact.

Later the same day, February 16, the State Duma said that Denis Voronenkov was automatically eliminated from the Communist Party of the Russian Federation (CPRF) after receiving citizenship from another state. "Denis Voronenkov reported that he was a citizen of another country, which means that he automatically ceased to be a member of the Communist Party and was expelled from it, with no additional procedures are required," said the First Vice-Chairman of the State Duma Ivan Melnikov.

Maria Maksakova and her husband, former Communist Party MP Denis Voronenkov, moved to Ukraine in 2016. In Kyiv, Voronenkov testified in the case of treason of ex-president Viktor Yanukovych. The couple received Ukrainian citizenship.

In an interview with Moskovskii Komsomolets on February 15, Voronenkov and Maksakova said they do not intend to return to Russia in the foreseeable future. On the same day, Interfax reported that a criminal case charging Voronenkov with fraud and declaring him to be on the federal ‘wanted’ list was filed in Russia.

Voronenkov himself, in his sensational interview with the Ukrainian edition of "Censor.net" (which has been banned in Russia), had earlier said that in Russia "political affairs are rarely made public. It's notorious, and the west looks poorly on the fact that it's easier to make a criminal out of a man."

"Any self-sufficient and independent person has studied something - business, real estate, restaurants, construction – something always in the crosshairs of the Russian Criminal Code. And in Russia, a new category of prisoners has appeared; along the lines of the “58th”, they are called “105-10-9ers". This refers to a statute that outlines fraud, through which one can take almost anyone to court. It is a heavy article, allowing a sentence of up to 10 years in prison,” said the former MP.