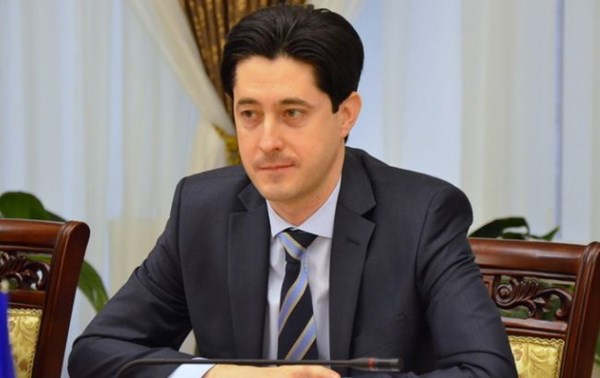 Vitaliy Kasko has resigned from his post as the Deputy Prosecutor General of Ukraine. Kasko announced this at a recent briefing attended by an RBC-Ukraine correspondent, who reported Kasko as stating, “I have decided to resign from the Prosecutor’s Office. Here is my resignation notice, signed February 15th.” According to him, he consulted with foreign partners before making a final decision.

“I consulted with our foreign partners, who have been supporting me morally for all this time. We came to the conclusion that, unfortunately, we have no other way,” he said.

“The last straw was another redistribution of responsibilities in the Prosecutor General’s Office of Ukraine. The Prosecutor General, Viktor Shokin, has taken away all the functions and tools to investigate and control proceedings in cases initiated by our team, including the cases of so-called diamond prosecutors. However, the reasons why it is no longer possible and meaningful to work at the General Prosecutor’s Office are much deeper. I have set them out in my resignation letter,” Kasko added.

The Deputy Prosecutor General of Ukraine read his resignation letter out loud in which he noted that the leadership of the Prosecutor General’s Office has turned it into a body where corruption and “group solidarity” reign and any attempts to change the state of affairs inside the Office are met with punishment.

“Arbitrariness and lawlessness work here but not the law and legislation. Sadly, more and more students and followers of Viktor Pshonka (the former Prosecutor General of Ukraine), occupy key positions in the Prosecutor General’s Office every day. The same political custody, direct and total pressure on investigators and prosecutors, deliberate professional deterioration, inactivity and impunity hide behind the cover of an allegedly reformed body,” Kasko said.

It should be noted that Kasko intends to be engaged in advocacy. “I plan to be engaged in the practice of law and expert activities in the field of criminal justice. I am not excluding my participation in international anti-corruption programs as an expert,” he reported. Earlier it was reported that the Prosecutor General of Ukraine, Viktor Shokin, didn’t allow his Deputy, Vitaliy Kasko, to visit the US as the part of the official delegation.

Vitaliy Kasko also mentioned the tensions between the first Deputy Head of the Investigative Management of the Prosecutor General’s Office, Vladimir Shapakin and the Deputy Prosecutor of the Kiev region, Alexander Korniyets.