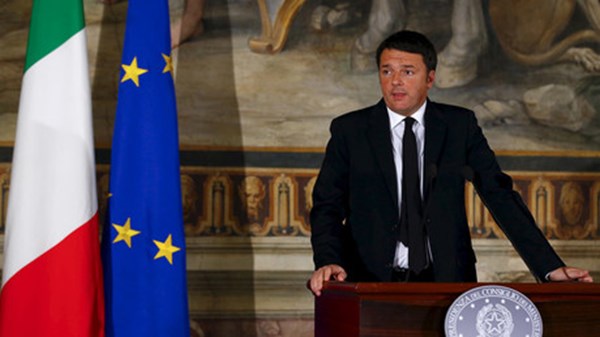 At a meeting of European Union ambassadors the Italian diplomats requested further discussion on anti-Russian sanctions.  The exact date for discussion has not been appointed.

As Radio Poland reports, the Italian proposal was supported by several other countries and as a result the decision about the sanctions’ extension was postponed.  According to sources in diplomatic circles, the discussion may resume on December 10 or be postponed until the EU Summit, scheduled for December 17-18.  The extension of anti-Russian sanctions may also be discussed by the EU Foreign Ministers at a meeting on December 14.

According to independent online newspaper EUobserver, Italian envoys received instructions from Rome only "late night" prior to the meeting and that they were "somewhat confused.”  The Prime Minister of Italy, Matteo Renzi "criticized EU sanctions in the past," the newspaper notes.

Earlier, the EU declared its intention to extend economic sanctions against Russia for six months ending on January 31, 2016.  The Brussels meeting of the EU Ambassadors should formally confirm the decision on anti-Russian sanctions and then the Minister of Foreign Affairs of the Member States of the European Union would automatically draw it over.