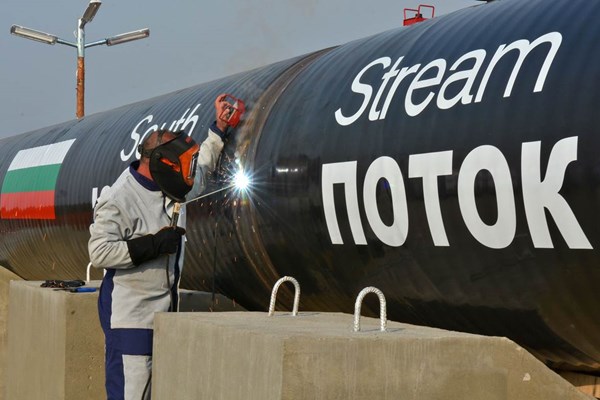 A lawsuit against a subsidiary of the Russian energy giant Gazprom was filed by an Italian construction company.

The Italian company, Saipem S.p.A., filed a lawsuit against a subsidiary of the Russian company Gazprom - South Stream Transport B.V. The claim, worth about 759 million Euros, was sent to the International Chamber of Commerce in Paris, as reported on the RBC website on Sunday.

According to RBC, the lawsuit was filed on November 10th, 2015, and became the first major lawsuit against Gazprom seeking compensation as a result of the closure of the South Stream project. Saipem was a contractor for Gazprom, and was hired to develop project documentation and construct the first line of the offshore section of the pipeline, as well as a number of onshore processing facilities.

The total worth of the unfulfilled contract, according to Gazprom, was estimated to be about 2 billion Euros. According to Saipem, the terminated South Stream Transport contract amounted to 1.2 billion Euros and the compensation claim asks for payment for work that was completed prior to the termination of the contract. The amount of damages hasn't yet been fully calculated; the filed lawsuit may become part of a joint claim for damages inflicted by the breach of contract and for recovery from damages against the subsidiary of Gazprom.

The South Stream project was officially closed in 2014. The representatives of the South Stream Transport refused to recognize the claim of the Italian company. At the same time the lawsuit was filed, Gazprom stated there was a possibility for Saipem to participate in the construction of the Nord Stream-2 pipeline project.