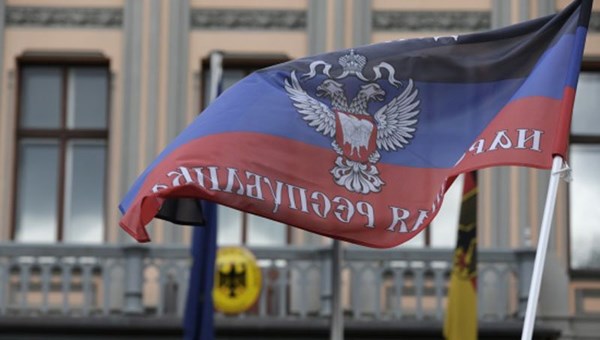 The conflict is rapidly developing in the so-called Donetsk People’s Republic (DPR), both in terms of skirmishes with Ukrainian forces and internal power struggles. Certain DPR military units, under the auspices of the Russian Federal Security Bureau (FSB), have been engaged in “mop up operations” of other militant units, effectively removing belligerent commanders, Tyzhden.ua reported.

“We observed the arrival of unknown special units in Dokuchaievsk, apparently for disciplining several military units, namely Sparta and Givi.  However, the DPR was first suspicious of the units Prizrak, Dremov, Troy and Cheburashka,” Ukrainian ATO headquarters reported.

ATO headquarters have noted that the internal rows in the ranks of the DPR could be due to attempts to control the illegal transport of goods in the area of operation. What is more, Veseliy’s unit was involved in the recent attempts to gain control over the village of Kominternovo, which could have also led to his falling out of favour.

On New Year’s Eve, an explosive device was detonated near the car of the former battalion commander. Veseliy survived the explosion, but the driver and another member of the Cheburashka unit were killed.

ATO headquarter noted that the assassination attempt was very similar to one that took place in May of 2015 against the commander of the 4th Battalion of the so-called Luhansk People’s Republic (LPR), in which Aleksey Mozgovoy was killed on a road between Perevalsk and Luhansk.

Similarly, Pavel Dremov, commander of the Sixth Separate Motorized Rifle Cossack Regiment of the People's Militia of the LPR, was killed by a car bomb on December 13th.

“It is of some significance that Veseliy was a man of the pro-Russian separatist leader, Alexander Zakharchenko. It should be noted that the 9th unit was thoroughly checked in early December 2015. They were searching for Ukrainian agents but found a shortage of diesel fuel, many faulty weapons and equipment, and irrefutable evidence of smuggling. The former commander (Saveliy) was removed from his position as a result of the inspections and Utes, proposed by the FSB, was appointed to this post,” ATO headquarters stated.

There is speculation that Alexander Zakharchenko attempted to visit Kominternovo in order to resolve the situation, but wasn’t able to due to security concerns. Consequently, the Commander of the 1st Army Corps, with the aid of the FSB, made the decision to remove Veseliy. If true, this would mean that the measures taken against Veseliy happened without Zakharchenko’s knowledge.