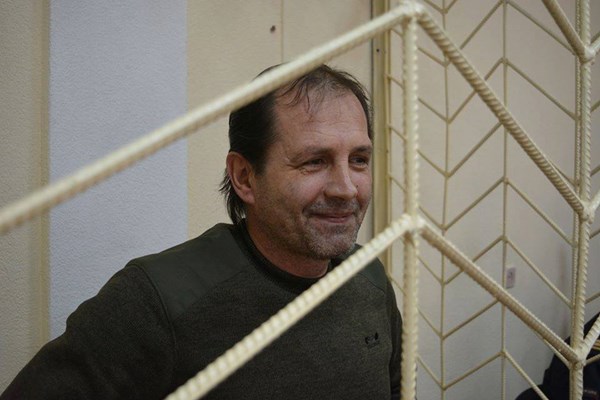 The Crimean Human Rights Group considers the case against Vododymyr Balukh to be fabricated, and has demanded that FSB officers and all those involved in the case to be included in sanctions lists.

A representative of the organization, Volodymyr Chekrygin, stated this during an interview with Radio Liberty.

"And now, I would like to note that in the case of Volodymyr Balukh, we insist that all persons involved in the case are included in the sanctions lists; all, not only the FSB and court officials who passed the verdict, but also the judge who made a decision on his detention, and the investigator who conducted the search - ordinary FSB officers," said the human rights activist.

The Balukh case was included in a report by the Crimean Human Rights Group on respect for human rights on the peninsula for the UN Committee on the Elimination of Racial Discrimination.

"Everyone should be included in these lists, so that the Crimea understands that no one will be left without punishment; everyone will be held accountable sooner or later, because entering into these sanctions lists will mean that a person will remain for life in the Crimea or Russia," Said Chekrygin.

As is well known, Crimean resident Volodymyr Balukh was sentenced in the annexed Crimea on August 4 to incarceration for 3 years 7 months.

Recall that in December 2013, Volodymyr Balukh hung a Ukrainian flag above his house in a Crimean village.

Criminal prosecution of Balukh began after the annexation.

On December 8, 2016, the FSB carried out the latest in a series of searches of Balukh and his mother in the village of Serebrianka, located in the Razdolnensky district of the Crimea, after which he was detained. Authorities claimed that they had found ammunition and dynamite on the roof of his house.

On May 24, 2017, the Ukrainian Foreign Ministry issued a condemnation of the extention of detention ​​for Ukrainian citizen Volodymyr Balukh until September 4, and denied the accusations against him.