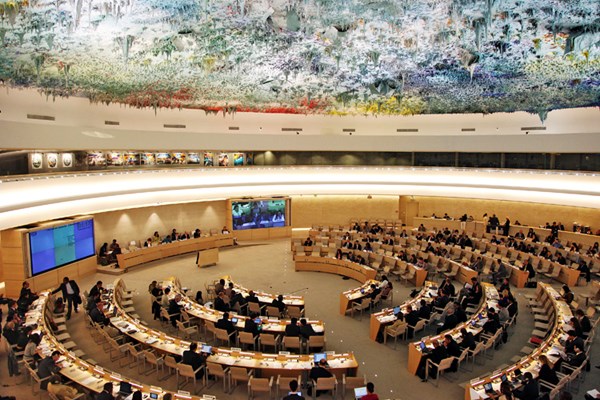 More than 80 human rights and humanitarian organizations have signed a petition to prevent the election of Russia into the UN Human Rights Council (UNHRC). According to British newspaper, The Independent, they are in opposition because of Russia’s policy towards Syria.

The organizations involved include the Human Rights Watch and Care International.

The newspaper noted that the petition appeared shortly before the next voting session on the structure of the UNHRC, which will be held on Friday. The organization will be voting for two candidates to represent Eastern Europe. The candidates in this group are Russia, Hungary and Croatia. Russia and Macedonia have represented Eastern Europe in the UNHRC since 2013.

The authors of the petition argued that “Russia's actions in Syria clearly contrast with its rhetorical commitment to human rights”.

The petition also stated that Russia’s support of air strikes on Aleppo does not comply with the principles and purposes of the UNHRC.

The authors of the petition have called on the UNHRC member states to question whether or not Russia can still be a member of the organization while adhering to their current policy in Syria.

The term of office for the members of the UNHRC who will be chosen on Friday, will be three years, and will begin in 2017.