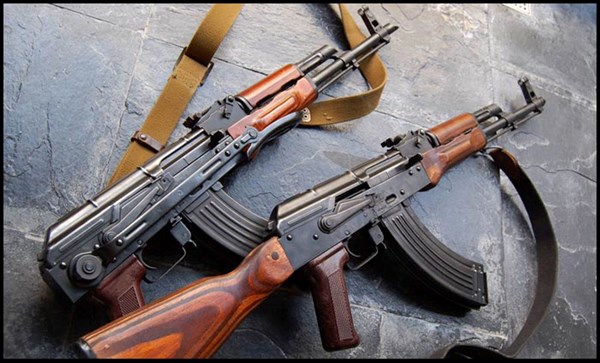 "Practically all countries buy [these weapons]. Even the Americans, while they do not buy directly, but nevertheless, they are happy to acquire these weapons for the Armed Forces based in Afghanistan," Chemezov said during the program "V Rabochiy Polden” (In the Working Noon) on Russia 24 TV channel.

According to Chemezov, the U.S. is buying Russian automatic weapons "not directly through us, but through various other states, including European states that were formerly part of the Warsaw Pact" (e.g. the USSR, East Germany, Hungary, Poland, Czechoslovakia, Romania, Bulgaria, and Albania).

Chemezov explained that many Soviet-made weapons remain in these states. "They modernize them to a certain extent, but, nevertheless, they are still in operation and they are selling these weapons," said the head of Rostec.

According to him, before the sanctions, the U.S. had been the main market for the Kalashnikov concern (part of Rostec).

"Sports and hunting weapons typically used to be sold to America. The American market for the Kalashnikov had been the main market. This is because there are a lot of weapons acquired there - weapons are bought by private individuals, not just ministries, law enforcement and military ministries and departments. Largest weapons market in the world, "Chemezov said.

"Unfortunately, we were deprived of this market, so we were forced to look for new markets, such as the Arab world, Southeast Asia, and Latin America. And as a result we have increased the volume of orders; today we have a portfolio of orders of around $ 300 million with signed contracts," he added.