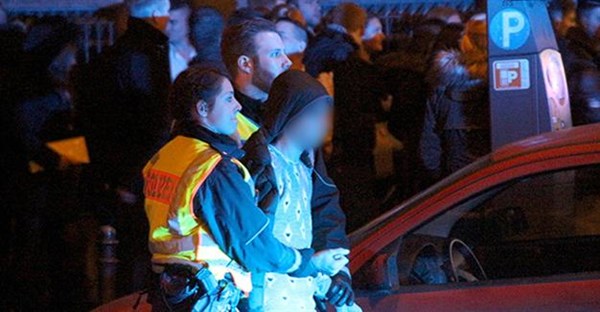 The individuals responsible for committing sexual assaults and robberies in Cologne on New Year’s Eve may face deportation if they are not German citizens, warned the Federal Minister of Justice, Heiko Maas, during an interview with CNN.

“The law allows for the deportation of a person, even during the asylum process, if he is sentenced to more than a one-year imprisonment. It is also possible when sexual offences are committed,” the Minister explained.

The police received more than 120 complaints about mass attacks including two rape complaints, as reported by Stephanie Becker, a representative of the Cologne Police. According to her, 16 of the suspects believed to have taken part in these crimes have already been identified, but none of them have been arrested.

Officers did not specify whether there were refugees among the suspects. However, the representatives did indicate to CNN that groundless accusations against refugees will not be considered.

News agency Ria-Novosti reported that according to Wolfgang Albers, the Chief of Police of Cologne, there were about 90 complaints received from women who were sexually abused by men of, “African and Arabian appearance,” on New Year’s Eve, and that these men are likely to be migrants.

Such attacks were recorded on New Year’s Eve in other German cities as well, CNN added. For example, in the northern part of Hamburg there were around 50 of these types of incidents.

In 2015 a crisis erupted in the EU due to the massive influx of refugees. Most come from Syria where a civil war has been ongoing since 2011.

According to the International Organization of Migration data, last year more than one million migrants arrived in Europe.

Several EU countries that previously accepted refugees stated that they have exceeded the limit. In particular, the Swedish authorities said the country could not accommodate any more migrants and advised them to stay in Germany. Germany has accepted the greatest number of refugees. On the 14th of December, it was reported that Berlin decided to take measures to reduce the flood of refugees into Germany.