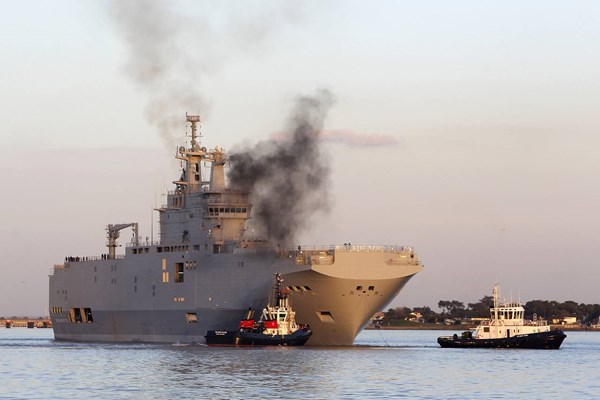 France said Wednesday it is selling two Mistral class warships that were originally intended for Russia to Egypt.

The two warships were originally built for Russia but France refused to deliver because of Moscow’s role in the war in Ukraine.

According to French officials, the Mistrals will cost Egypt  €950 million (US$1.06 billion) for the two Mistral class warships. Originally Russia were to pay €1.2 billion for the warships, but as per the russian contract, France was supposed to help Moscow build future models of the ships in Russia. The deal with Egypt is different.

The warships would give Egypt’s military more capabilities to battle the Islamist threats in places such as the Sinai Peninsula and from across Egypt’s western border in Libya.

Around 400 Egyptian sailors will travel to Saint-Nazaire, the French city where the ships were built, for training and the ships take over is scheduled for March 2016.

The sale should help the French to offset the cost of loosing the Russian contract.
France was under tremendous pressure to cancel the Russian contract as the west feared the ships would give Russia new powers in the view of russian annexation of ukrainian Crimea and unleashing war in the east of Ukraine.