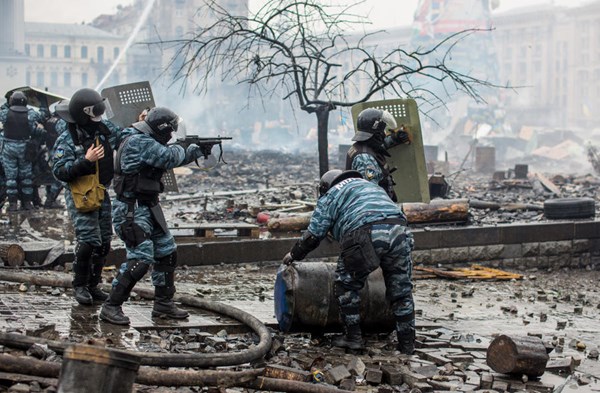 Four former members of the Kharkiv battalion of the “Berkut” special division crossed the border and moved into Russia, their lawyer Valentin Rybin told RIA Novosti.

On April 13, they sat on a bus and went to Russia. “They crossed the Ukraine-Russia border without incident after completing the necessary border crossing measures and after the end of the pretrial investigation. Taking into consideration the pressure put on them by the Prosecutor General’s Office, and the fact that several officials speak as if they will put not only the ‘Berkuts’, but also the judges who dared to let them go, in jail, it is dangerous for them here, and so they have decided to go to a secure location,” the lawyer said.

The Ukrainian Prosecutor General’s Office affirmed later that according to preliminary information, the former Berkut officers had left the country. “This was possible at any moment, based on the measures which were chosen with respect to them,” Sergey Gorbatyuk, Head of the Department of Special Investigation, told the TV channel 112 Ukraine.

The men in question are Oleksandr Kostyuk, Vladislav Mastega, Artem Voylokov and Vitaliy Honcharenko, who were on trial for killings at Maidan in 2014.

According to the lawyer, of the four, only Honchanenko was under pre-trial restrictions – he is obligated to appear at the court’s first request. “However, the jurisdiction has not yet been determined,” Rybin explained.

He also said that three of the former Berkut officers were not under any pre-trial restrictions. Kostyuk’s personal obligations ended in March 2017. Voylokov and Mastega had been under house arrest until April 13. The period of house arrest expired on April 13, the lawyer explained.

Later the four published a video statement on YouTube, in which they said that during events at Maidan they fulfilled their constitutional duty.

Honcharenko and the three other former Berkut officers were arrested in June 2016 in Kharkiv. All four were working in the police force at the time of the arrest. Two of them are suspected of killing three Maidan protesters on February 18, 2014 in Kriposnyi Lane, and another two are suspected of pushing two protesters off the colonnade in Hrushevsky Street on January 20, 2014.