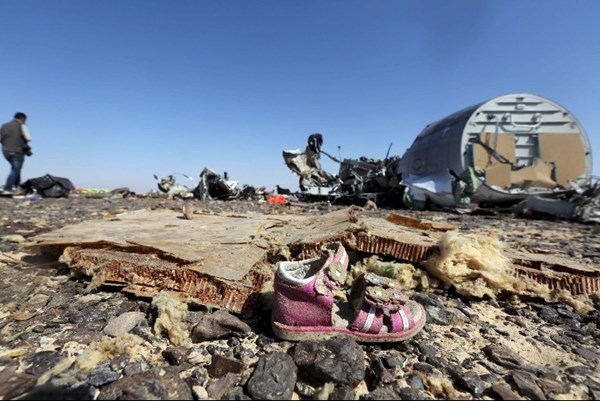 Former KGB and FSB agent Boris Karpichkov was quoted in the Daily Mail as saying that the Kremlin deliberately blew up the A321 aircraft of Russian airline Kogalymavia over Sinai in Egypt.

The alleged reason was that Russian President Vladimir Putin wanted to receive the attention and sympathy of the world in order to recover his standing in the international arena. This was also a good opportunity to initiate open conflict with ISIL.

Karpichkov was promoted to Major during his ten years of service in Russian intelligence and was privy to the secrets of the Kremlin at the highest level. For a long time he worked in Latvia. He also had a financial dispute with his superiors, claiming that they owed him money. The Kremlin opened a criminal case against him that resulted in accusations of massive fraud and being placed under house arrest. Using a fake passport, Karpichkov fled the country. Today the ex-spy Karpichkov lives with his family in the United Kingdom under a different name.

As the newspaper notes, Boris Karpichkov continues to maintain ties with key people in Russian intelligentsia. The key information, according to Karpichkov, comes from an unnamed Lieutenant-General of the GRU. The source told Karpichkov that around the time of the aircraft disaster, Putin expressed concerns about the "possible loss of political influence" in Syria and the Middle East. Putin appeared to be worried about the fate of his traditional ally in the region, President Assad, given the West's support for rebel groups seeking to overthrow him.

The goal was to get "at least a tacit approval" of the world for massive military operations against the enemies of Assad—Syrian rebels. All of this was executed under the guise of a campaign against terrorists of Islamic state, which claimed responsibility for the bombing of a passenger plane.

Karpichkov explained that the operation was quite simple. "The spy was sent to the Egyptian resort of Sharm el-Sheikh, where hundreds of thousands of Russians visit annually. He was posing as a fighter undergoing treatment after serving in Ukraine. There, the agent started a relationship with a young Russian girl. When she was returning to St. Petersburg, the agent presented her with a gift that contained hidden explosives armed with an extremely high voltage fuse—the type that only special forces use. The device itself looked like a piece of pipe," Karpichkov said to the newspaper.

The bomb was hidden under seat 30A or 31A. Those seats were occupied by 77-year-old Nadegda Bashakova and her daughter, 15-year-old Mary Ivleva. Karpichkov asserted that she was the one with the bomb. The Daily Mail was unable to verify the truth of the Russian Major’s statements.

Kogalymavia Airbus A321 exploded in the sky over the Sinai on October 31st. The tragedy claimed the lives of 224 people, many of whom were Ukrainians. After many denials, Russia eventually confirmed that the air disaster was the result of a terrorist attack.