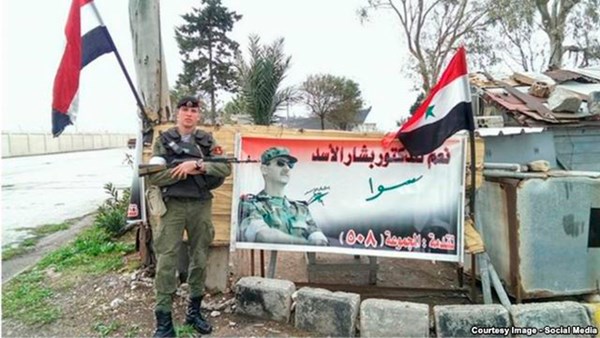 It is a well known fact now that Russia is sending not only military equipment and weapons, but also its personnel to Syria. Compared with the average salary of a military in The Russian Federation, it's mercenaries get paid very good money. But as reported, there appear the first "refuseniks" who would not go to the "far away hot lands" whatever the pay might be.

Unrests started in one of the units in the Eastern Military District of the Russian Federation, because of soldiers refusing to go to Syria. What is most interesting, until the last moment, they thought that they would be sent to the Donbass region in Eastern Ukraine, but when they learnt that they were to land in Tartous and proceed to Latakia with a probability of participation in fire fighting, the mood somehow deteriorated.

Of course, it's not the best demonstration of the undefeated Russian soldier who is always willing to go to Ukraine to kill neighbors there in the Donbass region, knowing that there are no active combat operations carried out by the Ukrainian Armed Forces there.
But in Syria, on the contrary, in the case of captivity, Russian soldiers face ruthless militants and very probable decapitation which is a bit more scary compared to posting their "Ukrainian victories" on YouTube.
However, a company of cowards becomes a face of the Russian army, where in dreams they victoriously dance on the lawn of the White House, but in fact ... just mere clowns.