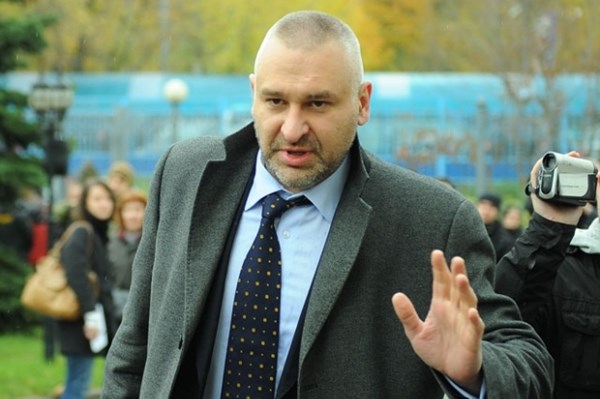 The prominent Russian lawyer, Mark Feygin, criticized the decision of the Dorogomilovsky District Court of Moscow as it recognized the events in Ukraine in February 2014 as a coup. "If we talk about the purely procedural, legal side, the Russian court has no jurisdiction to assess the legally relevant facts concerning Ukraine," he said in an interview with Deutsche Welle on Wednesday, December 28th.

Feygin called the justification provided by the Moscow court untenable as the court argued that it has the right to assess the events during the Maidan due to the special, unique relationship established between Russia and Ukraine. However, the Russian court has no legal force in Ukraine. He said that the Russian court is, in fact, invading the universal jurisdiction which Moscow actually does not recognize. For this reason, it withdrew its signature from the Rome Statute of the International Criminal Court.

Mark Feygin also questioned the Dorogomilovsky Court’s conclusion on the fact that the fugitive, ex-deputy of the Verkhovna Rada of Ukraine, Volodymyr Oliynyk, whose claim initiated the court's decision, has no way of appealing to the Ukrainian court through his representatives following the civil procedure.

The lawyer is confident that the decision of the Dorogomilovsky court is propaganda and cannot have legal consequences. Feygin stressed that the former President and Prime Minister of Ukraine, Viktor Yanukovych and Mykola Azarov respectively, have participated in the trials of such people. That is why the lawyer did not rule out that these people may be hoping that the decision of the Russian court could help them obtain the exclusion from the sanctions lists via the ECHR.

Feygin also believes that the goal of the Russian court could be the destabilization of the political situation in Ukraine.