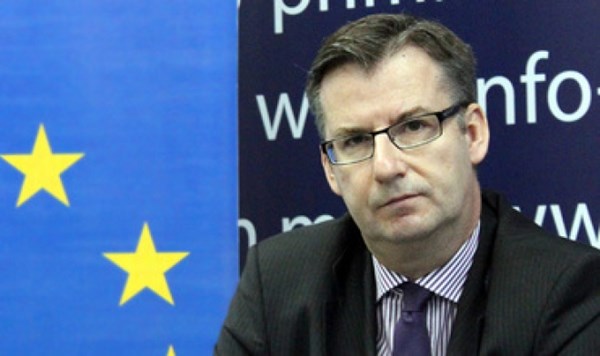 The issue of lifting the sanctions against Russia will be not considered by the European Union until Russia has fully complied with the Minsk Agreements. The Head of Unit for the Eastern Partnership of the Foreign Service of the European Union, Dirk Schuebel, made this statement in the European Parliament.

The European diplomat recalled that the EU extended economic sanctions for six months, until July 31st. He clearly stated that the sanctions will be extended until the Minsk Agreements are fully implemented.

In addition, Schuebel pointed out that "firstly, this also includes the withdrawal of all illegal or armed units from the occupied territories, and secondly, 400 km of uncontrolled borders should be back under the control of the Ukrainian authorities".

Earlier, the French Finance Minister, Emmanuel Macron, said that the sanctions may be lifted as early as this summer.