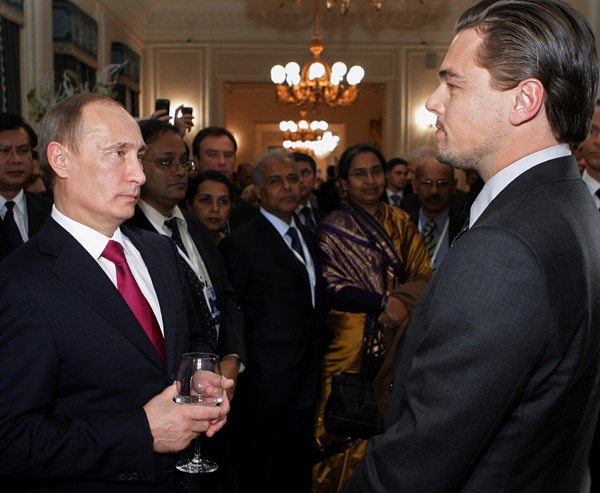 American actor Leonardo DiCaprio has preliminarily agreed to perform the title role in a film about the President of Russia, Vladimir Putin, which is expected to be released in the spring of 2017, as reported by Dozhd, citing sources from the film company Knightsbridge Entertainment.

According to the company, work on the film about Putin began last year and now the final draft of the script is being approved. Several Hollywood celebrities have been approached to appear in the film. Dozhd was informed by Knightsbridge Entertainment that the film will be a political thriller. "From KGB officer, to the Prime Minister, to the Presidency: A legendary person. A look at the private life of one of the most influential people in the world," the description of the film read on the entertainment company’s website.

Earlier, Leonardo DiCaprio stated in an interview with the German magazine Welt am Sonntag that he would be glad to play the role of the Russian President. "Putin would be very, very, very interesting," the actor added. Dozhd noted that they have not yet managed to receive comments from DiCaprio’s representatives.