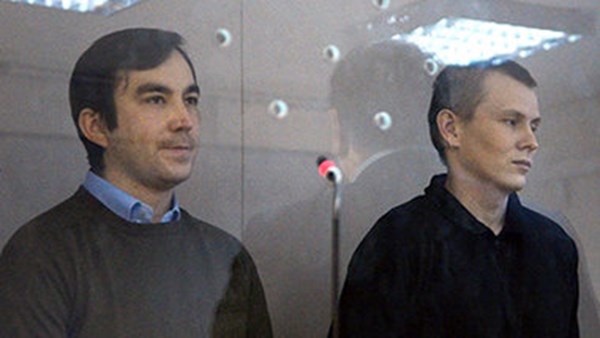 The Goloseevsky District Court in Kiev will sentence Russian servicemen, Evgeny Yerofeyev and Alexander Alexandrov, on Monday, April 18th. Sentencing will take place around 14:00, as stated by the presiding judge in this case, Nikolai Didyk, on April 15th after the judicial debates and statements by the accused at the end of the proceedings.

Earlier, on April 15th, during the judicial debates, Evgeny Yerofeyev and Alexander Alexandrov asked the court to find them innocent.

The Public Prosecution has requested a 15 year prison sentence along with the confiscation of all property and a three year ban on holding future military posts to be levied against Russians Evgeny Yerofeev and Alexander Alexandrov.

On May 16, 2015, Russian msoldiers, Evgeny Yerofeev and Alexander Alexandrov, were arrested in a war zone in The Donbas near Shchastie, in the Luhansk region. Prosecutors charged them with illegal border crossing and the death of a military officer among other things.

The Russian soldiers who are staff members of the main intelligence directorate (GRU) of the Russian Armed Forces, are also accused of the terrorist attack on the 92nd Brigade guarding the CHP near Shchastie. At first, Yerofeyev and Alexandrov called themselves Russian military servicemen but refused to make any statements in court.