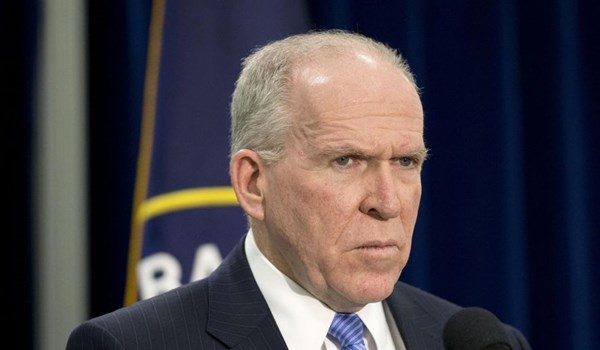 CIA Director John Brennan accused Russia of having a “scorched earth policy” in Syria, which had led to the death of thousands of civilians.

Speaking in an interview with PBS, Brennan said, “What the Russians have done in Syria in terms of some of the scorched-earth policy that they have pursued that have led to devastation and thousands upon thousands of innocent deaths, that’s not something that the United States would ever do in any of these military conflicts.”

When asked if the CIA underestimated Russian President Vladimir Putin, Brennan responded, “Underestimate? No, I think we always felt as though he was somebody who had a very assertive and aggressive strain. We see what he’s done in places like Crimea and Ukraine and in Syria. He tends to flex muscles, not just on himself, but also in terms of Russia’s military capabilities. He plays by his own rules in terms of what it is that he does in some of these theaters of conflict. So I don’t think we underestimated him.”

The CIA Director also noted that Russia has plans to remain in Syria for years to come.

“Russia has had a 50, 60 year investment in Syria. They have had military bases there, military advisers and facilities. They ratcheted up the support to the Bashar Assad regime, as the opposition gained strength and as the Syrian regime continued to be degraded by the opposition forces. So, we could see the Russians were not going to abandon a long-term ally. They were going to invest more in protecting that ally. There have been negotiations going on to try to get the Russians and others to understand that Bashar Assad is part of the problem. He’s not part of the solution,” Brennan stated.