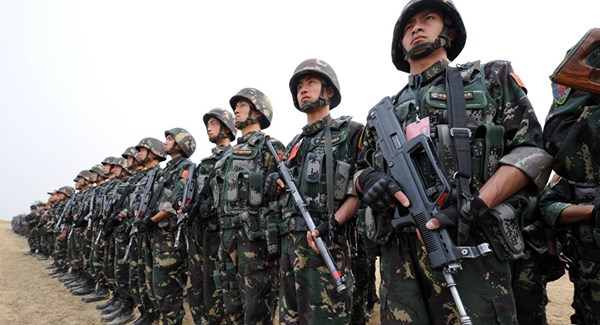 China has deployed an additional military force of 100,000 troops to the North Korean border. Growing tensions on the Korean Peninsula have led Chinese armed forces to raise their level of readiness, reported the Japanese newspaper Yomiuri, citing sources in China.

According to Yomiuri, such enhanced precautions have been in effect since mid-April.

A US Navy strike group led by the USS Carl Vinson is currently active near the Korean Peninsula. The US ship is conducting exercises together with Japanese missile destroyers Ashigara and Samidare. They are, in fact, working in unison.

It is assumed that the strike group will pass through the Korea Strait past Tsushima Island and move to the Sea of Japan. In this area, as reported by the newspaper Yomiuri, the united forces will continue their exercises. And exercises are planned with the South Korean Navy as well.

The conducting of major military maneuvers in the Sea of Japan with the participation of a US carrier group is virtually unprecedented, Yomiuri reported.