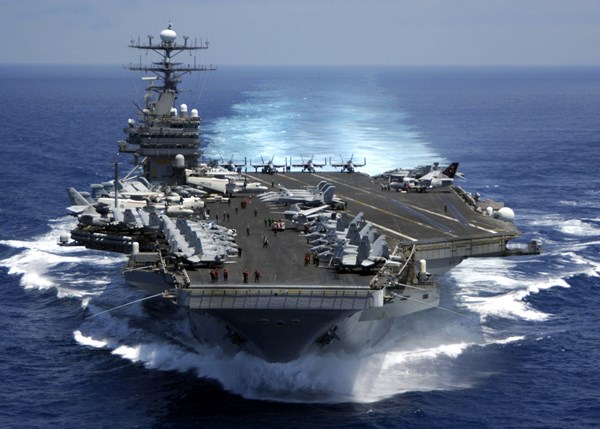 Not far from the shores of the Korean Peninsula, American and Japanese sailors are working together in military operations. The US Navy aircraft carrier strike group and Japanese Navy ships are conducting exercises, according to a report in the Japanese newspaper Yomiuri Shimbun.

The purpose of the exercises is to exert pressure on North Korea in light of the country’s continuing ballistic missile tests. The maneuvers involve two Japanese destroyers – Ashigara  and Samidare – and will last three to five days.

North Korea declared that it was ready to sink the American aircraft carrier USS Carl Vinson in order to demonstrate its military might.

This was reported in the media, which contained extracts from an article which appeared on Sunday in the newspaper Rodong Sinmun, published by the Central Committee of the Workers’ Party of Korea.

“Our revolutionary forces are combat-ready to sink a U.S. nuclear powered aircraft carrier with a single strike," the article said.

The publication compared the aircraft carrier to a “crude animal” and said that a blow to it would be “a clear demonstration of our military power.”