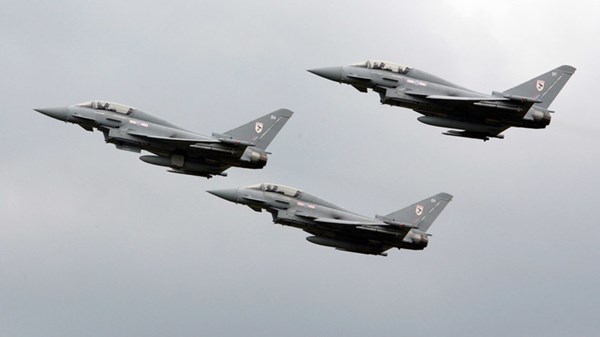 British fighters intercepted three Russian military aircraft over the Baltic Sea on Thursday. The British jets, which began performing airspace patrols over the Baltic three weeks ago, flew out of the Estonian Ämari airbase.

This was stated on the website the UK’s Ministry of Defense.

Three aircraft – AN-26, AN-12 and IL-76 - were intercepted because they were flying with their transponders switched off, and did not respond to the attempts of the British pilots to contact them.

"This is another example of how important the contribution of Britain is to the air policing mission over the Baltic. We were able to clearly respond to this act of Russian aggression with a demonstration of our commitment to the collective security of NATO," Secretary of State for Defense Michael Fallon stated

Four British Typhoon fighters arrived in the Baltic states at the end of April.

Also on Thursday, the Armed Forces of Latvia recorded the presence of a Russian warship and eight Russian aircraft near its border.