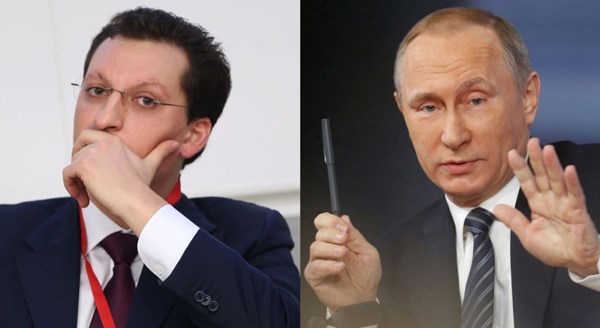 An employee of Russia’s Anti Corruption Foundation, Georgy Alburov, posted a statement on his Facebook page indicating that property registrations belonging to the son-in-law of Russian President Vladimir Putin, Kirill Shamanov, have been illegally deleted from the Registry’s database.

According Alburov, the deleted records list an apartment owned by Kirill Shamanov on Zoologicheskaya Street in Moscow; the records of which have disappeared from the Russian Registration Service. It is also reported that Kirill Shamanov owns a mansion in Biarritz, Spain.

Russian oppositionist Alexei Navalny wrote on his website that initially, property records of high ranking Russian officials were illegally classified as secret and now their relatives’ data are considered confidential as well.

“Remember how everyone was outraged when the Government stated that it is going to make officials’ property records classified in the Registry’s database? So, a public outcry worked, legislation was not amended. Instead, all information on property owned by public servants was just classified as secret without any amendments to the current laws. It is absolutely illegal. It can’t be done, but the fact is that the Russian State Registration Service does so,” Navalny wrote.

According to a Russian oppositionist, the Anti Corruption Foundation intends to file a legal claim regarding the confidential records.