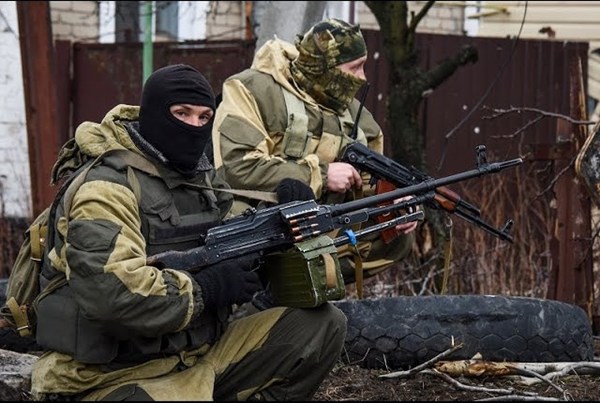 Representatives of the so-called Ministry of State Security (MGB) of the LPR released a video of the interrogation of intelligence officers of the Armed Forces of Ukraine. The video shows Ukrainian prisoners, who after being tortured, subjected to psychological pressure, and exposure to psychotropic substances, confessed to committing acts to which they have no relation to whatsoever.

On the recording, a man who calls himself the Chief of Engineering of the 8th Special Purpose Regiment, Sergei Ivanchuk, said that he conducted preliminary preparations to carry out acts of sabotage against employees of the international organizations that are now in the territory of the separatist-held Luhansk region.

"I, along with my group, received orders to record the movements of the representatives of international organizations in the Luhansk People's Republic, including, what vehicles they are using for transportation, which places they visit, where they live, and where they spend their leisure time. This information was passed to SBU (Security Service of Ukraine) employees. We were to receive further instructions regarding the members of the international organizations later," Sergei Ivanchuk said during the interrogation.

He also added that he received the order from the curator from the SBU, Colonel Anatoliy Sandurskyi (call sign "Khutir").

On March 10, 2017, during a press conference, the Luhansk Minister of the so-called "Ministry of State Security" of the self-proclaimed LPR, Leonid Pasichnyk, said that his "ministry" has information about the special services of Ukraine’s preparation for attacks on members of international missions who are working in the "republic."

"Provocations and terrorist acts were planned to be conducted both at the residences and recreational establishments frequented by the staff of international missions. We are doing our best to prevent tragedies, but the West must come to realize the nature of those whom they are supporting," Pasichnyk said.

It is noteworthy that both the press conference with the Minister of the MGB of the LPR, Pasichnyk, and the publication of the video on the official website of the MGB showing the interrogation of intelligence officers of the Armed Forces of Ukraine happened after March 6, 2017, according to the analytical department of the Prava Sprava public initiative who initially reported that in Luhansk and in Stanytsia Luhanska, employees of the "Ministry of State Security" of the self-proclaimed LPR were planning acts of sabotage against members of the OSCE mission under the guise of Ukrainian sabotage and reconnaissance groups.

"According to reports directly from the scene, the provocations were planned to be carried out near the Slovyanaskyi hotel which is located at 1-A Slovyanska Street in the city of Luhansk. The Special Services of the self-proclaimed republic are planning to conduct an attack on sites where the OSCE observers will be present through the use of small arms and mortars. This will occur near Stanytsia Luhanska during the scheduled monitoring of the withdrawal of troops on March 7th, in accordance with the ceasefire agreements previously reached by the Trilateral Contact Group," the statement of Prava Sprava public initiative said.

According to the analytical department of Prava Sprava, provocations planned by the special services of the self-proclaimed LPR aimed to put the blame on Ukraine for blocking the process of troop and weapon withdrawal from the contact line in Stanitsa Luhanska and to plan a number of acts of sabotage against members of the OSCE.

Thanks to the timely dissemination of the intelligence received by the analytical department of the Prava Sprava public initiative, it became possible to disrupt the operation planned by the Russian curators from the FSB and their local puppets from the MGB of the LPR.

On March 10, 2017, the Special Operations Forces Command of the Armed Forces of Ukraine reported that Ukrainian intelligence officers who the command lost contact with on February 11th during a reconnaissance mission in the Luhansk region, were detained by the LPR separatists.