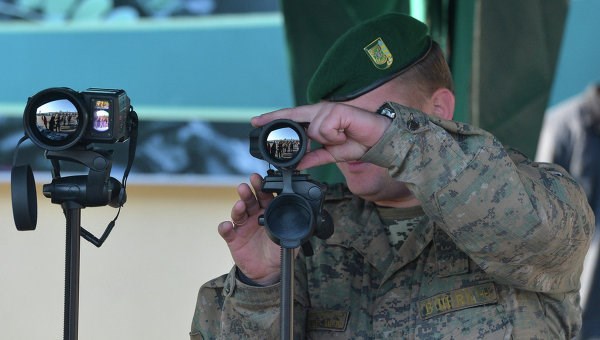 The administration of the State Border Guard Service of Ukraine and the American company Worldwide Aeros Corp signed an agreement that will see the delivery of integrated surveillance systems to Ukrainian border crossings. The press service of the Cabinet of Ministers reported that the first monitoring system is currently on its way.

Kiev hopes to stop the flow of fighters and weapons entering the warzone in eastern Ukraine from Russia. The two countries share a 2,300 km (1,426 mile) border, and it is widely believed that Russia has been supplying both munitions and personnel to separatists in support of the so-called Donetsk People’s Republic and Luhansk People’s Republic. Despite overwhelming evidence, Russia denies these allegations.

The agreement includes the supply and installation of early threat detection surveillance systems along Ukraine’s land and sea borders. The equipment was developed by Aeros Corp specifically for Ukraine, and can identify up to 200 targets on land and sea simultaneously at a distance of up to 70 kilometers.

According to an Aero press release, “the system incorporates advanced radar technologies from Selex ES, imaging technology from FLIR, and will illustrate sea, air and land-based vehicles, their movement and direction… It will detect aircraft, vehicles, personnel and UAVs operating within the air and surface environments.”

The first surveillance system is currently en route to Ukraine and is to be installed on the Azov coast.

The General Director of Worldwide Aeros Corp, Igor Pasternak, stated that the deal to strengthen Ukraine’s border is part of the US Government’s larger program of providing aid to the Ukrainian Government in its conflict with Russia and the Russian-backed separatists in the Donbas region