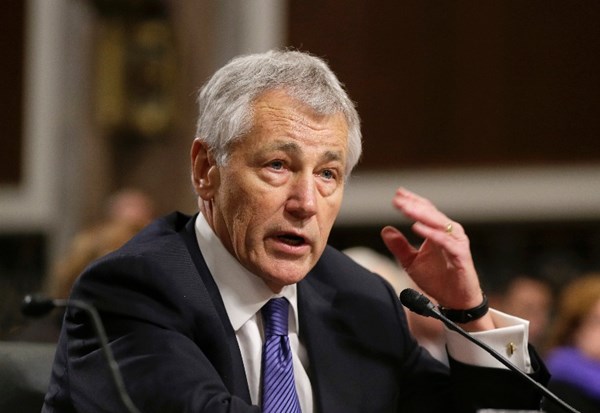 Former US Secretary of Defense Chuck Hagel said that during the fighting with pro-Russian separatists, the US government insisted on providing the Ukrainian Armed Forces with communications and non-lethal weapons. During the most intense moments of the Russian aggression against Ukraine, the United States did not show itself as a world leader, said Hagel in an interview about foreign policy.

The former Defense Secretary said that in 2014, during meetings of the Joint Chiefs of Staff against the backdrop of fierce fighting in eastern Ukraine, he called to avoid direct confrontation with Russia and to keep open channels for dialogue with the Russian military. However, he demanded that the administration of President Barack Obama immediately provide Ukraine with appropriate support.

"I said that the United States should give the Ukrainians more non-lethal weapons than we provided at the time, and do it quicker. We had to keep in mind that we act as a global leader. The whole world, including our partners in NATO, watched for our reaction to this situation... I think we should have and could have done more," Hagel stressed.

Hagel was appointed US Defense Secretary in January of 2013, and resigned in November of 2014 due to conflicts with the administration of the US President and his advisers.

On November 25th, President Obama signed the new defense budget for 2016. The total amount of US military spending planned for 2016 compared with the initial version decreased by $5 billion to $607 billion.

The new plan allows for the possibility of providing military assistance to Ukraine worth $300 million that includes "training, equipment and logistical support.” This includes the supply of lethal weapons such as anti-tank weapons and small arms, ammunition and mortars. It's assumed that this would help Ukraine protect its sovereignty and territorial integrity.