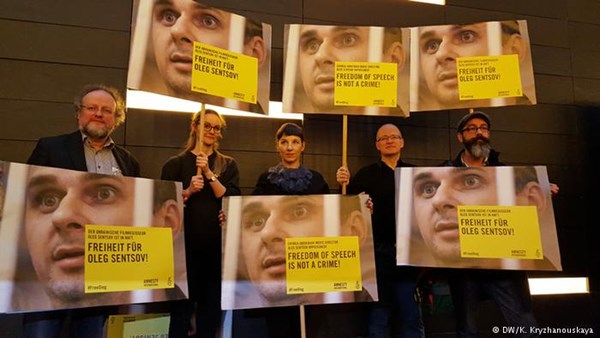 On the 14th of February, a rally in support of Ukrainian film maker Oleg Sentso, who was sentenced to 20 years’ imprisonment in Russia, took place in Berlin at a film festival. Famous movie stars Meret Becker and Katja Riemann took part in the event organized by Amnesty International and both German and European Film Academies.

Meret Becker, in an interview with Deutsche Welle, stated that Sentsov’s case should be considered by a civil court, not by a military court. According to her, it is important that the investigation not be pressured/ “Now, it has become more dangerous to be a creative professional,” Becker said. “We shouldn’t forget about the destiny of Oleg Sentsov,” the actress stressed.