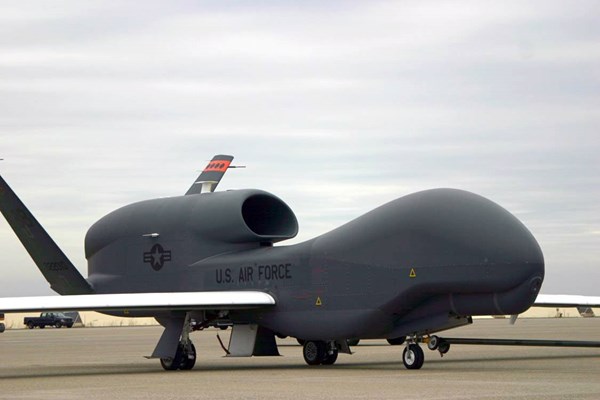 On Tuesday, February 7th, a strategic unmanned aerial vehicle (UAV) of the U.S. Air Force RQ-4A Global Hawk with the call sign UAVGH000 conducted another reconnaissance flight along the demarcation line in the Donbas, as stated by Western websites that track the movement of military aircraft.

According to their data, the drone was flying from the north to the south along the boundery line of Ukraine with the so-called DPR and LPR, but without crossing it. The reconnaissance vehicle was flying at an altitude of 16,000 meters.

This is the second flight of a U.S. drone in the Donbas since February 5th.

Taking into account the drone's capabilities to conduct a reconnaissance at a distance of 300 km, the RQ-4A Global Hawk can monitor the entire territory of the DPR and LPR as well as the border regions of Russia. According to open sources, the drone can patrol for 30 hours, while staying at an altitude of 15,000- 18,000 meters.

The long-distance, U.S. UAV drone with an enabled transponder, took off from the Sigonella air base in Sicily, entered the airspace of Ukraine from the side of Romania to the north of Moldova, and then continued the flight to the east over the Kirovohrad and Dnipropetrovsk regions to the Donetsk region. Previously, the flights of U.S. drones to the demarcation line in the Donbas have been recorded on October 15th, November 14th, December 2nd and 16th, and February 5th.

After all, since January 2015, American strategic drones regularly carry out missions in the Black Sea.