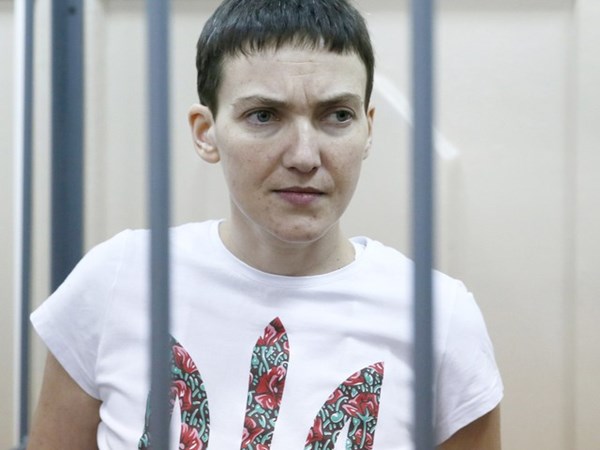 People’s Deputy of Ukraine Nadiya Savchenko, who is currently in custody, is preparing a lawsuit to the European Court of Human Rights against Ukraine.

Savchenko asked the former First Deputy Prosecutor General Renat Kuzmin to consult her regarding this lawsuit in an open letter to Kuzmin published on Savchenko’s Facebook page.

"Your cooperation with my lawyers will significantly increase Ukraine’s chances to defeat the arbitrariness and lawlessness of every political “elite” that comes to power in Ukraine, and it will be our common victory, the victory of the Ukrainian people," Savchenko explains in the letter to Kuzmin.

Kuzmin held a high position at the General Prosecutor Office from 2010 to 2013 but he is now wanted on suspicion of abusing his official position.

Savchenko supported the position of Kuzmin on "the restoration and stabilization of the legal framework of Ukraine in the specialized international court in accordance with international law and democratic values of the civilized world."

"My personal opinion is that people who came to Maidan had every right to exercise their free will through armed rebellion against authorities. And I fully agree that both Maidan and the Donbas should be prosecuted under one law of Ukraine, and that no one should create new legislation according to the political environment for every new situation," Savchenko said.

Savchenko and her lawyers are now studying the materials of the so-called “Savchenko-Ruban case" the investigation of which was completed on August 1.  Savchenko has been in custody since March 23, 2018. She was detained on charges of "actions directed to the violent change or overthrow of the constitutional order or seizure of state power in Ukraine".