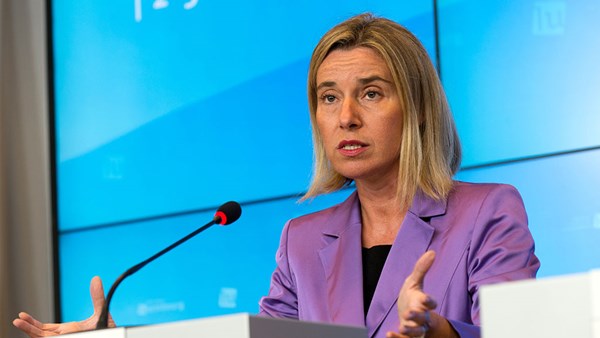 High Representative of the European Union Federica Mogherini, who will be visiting Ukraine soon, has urged the government to intensify the fight against corruption.

“Several important laws still need to be passed as part of the Association Agreement. Work must be redoubled in the most important areas,” Mogherini said in an interview with UNIAN.

“The fight against corruption is one of those, and here we expect the adoption of a law establishing an independent and effective High Anti-Corruption Court, bringing it fully in line with the recommendations of the Venice Commission. Another important step would be to make sure that the asset declarations of high-ranking officials and public figures are actually analyzed. We also expect a reform of the e-declarations system, so that it allows civil society and public organizations to do their work,” she said.

Mogherini categorically denied that there is “Ukraine fatigue” in the EU.

“Not at all. Our political and diplomatic activity is more intense than ever… It’s true that several reforms are not moving forward as quickly as we would like, yet we remain as committed we always have been to the reform process, because this is our commitment to the Ukrainian nation,” the diplomat said.

In a recent interview with the UK-based Financial Times, Ukrainian President Petro Poroshenko said that Ukraine has made more reforms in the last sixth months than any other country.

The creation of an anti-corruption court is a crucial matter if international financial organizations are to cooperate with Ukraine. However, the Ukrainian government has blocked the creation of this institution for a long time. In December 2017, the Verkhovna Rada received a presidential draft on the creation of the Anti-Corruption Court, but the draft was criticized by the IFO.

Nevertheless, on March 1 the law was passed on the first reading and in its original form. The Ukrainian authorities have promised that by the second reading the law will be amended in order to comply with the recommendations of the Venice Commission.