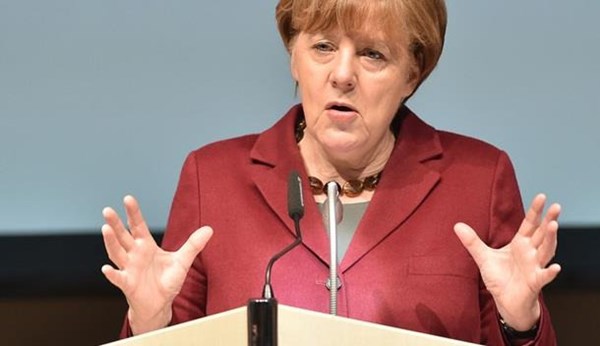 Former German Chancellor Angela Merkel does not rule out that in the future she may become a mediator in the negotiations between Russia and Ukraine.

In an interview with RND news agency Merkel was asked if she was ready to be a mediator. "To date, this question has not been raised," she replied.

Merkel also noted that last year she tried to discuss with Putin the "Normandy format" and the new order of European security, but he was not ready for the conversation.

“On the one hand, Putin was no longer ready for a Normandy-style summit. On the other hand, I failed to create an additional European-Russian discussion format on the European security order along with the Normandy format," she said  .

Merkel also acknowledged that shortly before the end of her term as chancellor, she had lost political influence.

"It was clear that I would not stay in this post for long, and I have to say that various attempts last year did not give results," Merkel added.

When asked if Putin was waiting for her resignation to start the war in Ukraine, Merkel replied: "My resignation could have the same impact as the elections in France, the withdrawal of troops from Afghanistan and stagnation in the Minsk agreements."

Merkel also said she supports the course of her successor Olaf Scholz.

"I believe it is right that the West is working for the existence of Ukraine, without participating in a direct military conflict," she said.

On June 2, for the first time since the beginning of the war in Ukraine, the former German chancellor spoke about Putin's aggression.

Merkel said that she did not blame herself that she failed to do everything to prevent a full-scale invasion of Russia in Ukraine.