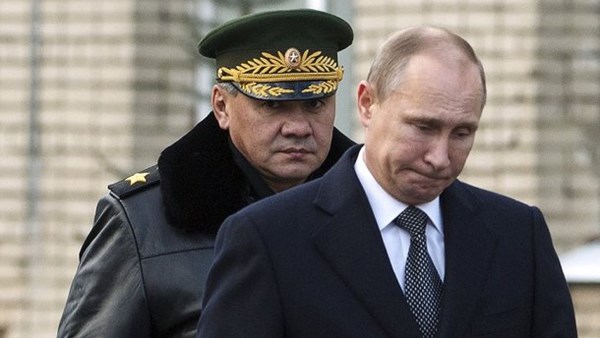 Prior to Russia's military invasion of Ukraine, Russian President Vladimir Putin always considered opinions of  Defense Minister Sergey Shoigu. They spent many vacations together, where they could discuss plans for a future attack on Ukraine, writes the investigative project "The Important Stories".

The publication, reports, citing its sources, that Shoigu promised Putin to solve all the tasks set in Ukraine and in the shortest possible time. However, after things did not go according to plan, the blitzkrieg fell through, and the troops suffered heavy losses, Shoigu lost Putin’s trust.

The reason for this was not only military failures, but incorrect information provided to Putin.

"Before the war began, not only the FSB misinformed the president about the situation in Ukraine, reporting only what he wanted to hear: about allegedly precarious position of authorities in Kyiv and that the Ukrainian regions are ready to reject the Ukrainian government and support Moscow as soon as they are given the opportunity. The Main Intelligence Directorate of the General Staff  of the Russian Armed Forces also did not contradict the Supreme Commander-in-Chief in his understanding of the situation in Ukraine," the Important Stories writes.

According to the sources of the publication, Putin began to learn about the real state of affairs on the Ukrainian front as problems arose that could not be hidden. He himself tried to save the situation by personally commanding the troops. But he quickly realized that nothing could be fixed, and began, bypassing Shoigu, to confer with generals who have combat experience in Syria and other hot spots.

Thus, Putin started relying on those who have real life war experience. At the same time, Putin has already made it clear that he communicates directly with Shoigu's subordinates, and in this situation, it is unclear what role the defense minister himself plays.

Relations between Putin and Shoigu have changed so much that the defense minister does not dare to insist on decisions that the military considers necessary, for example, conscription. According to the sources of "The Important Stories", Shoigu's people used to hire PR companies and paid the largest Russian media outlets for analytical materials in support of general mobilization. The bet was made on the fact that in such a roundabout way the necessary "analytic materials" could end up on Putin's table, and the president would look into the idea of universal conscription in one form or another. But this tactic has so far led nowhere.