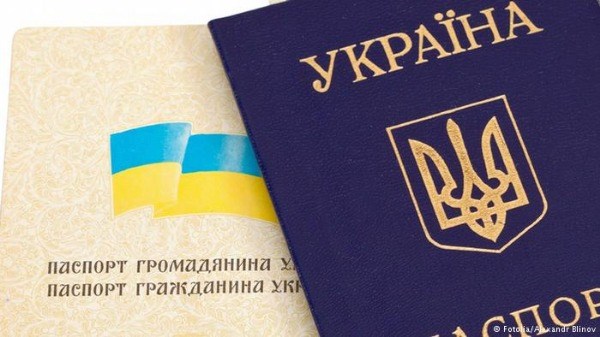 This was confirmed by the Ukrainian Presidential Administration’s response to 112.ua’s information request.

“Materials on the termination of the Ukrainian citizenship of the persons mentioned in the inquiry for consideration by the Citizenship Commission under the President of Ukraine according to the established legislative order have not been received,” the document states.

The Presidential Administration explained that according to Ukraine’s citizenship law, granting of citizenship, rulings on its acquisition, and record keeping on entities who have acquired or forfeited citizenship is carried out by the State Migration Service, the Ministry of Foreign Affairs, and diplomatic and consular institutions.

The Luhansk and Donetsk People’s Republics have already been issuing their own passports for a long time, although they are only officially recognized by Russia. In Crimea, shortly after the start of the annexation, inhabitants were issued Russian passports.

The “LDPR passports” or Russian passports issued in Crimea cannot be used for entering Ukraine.