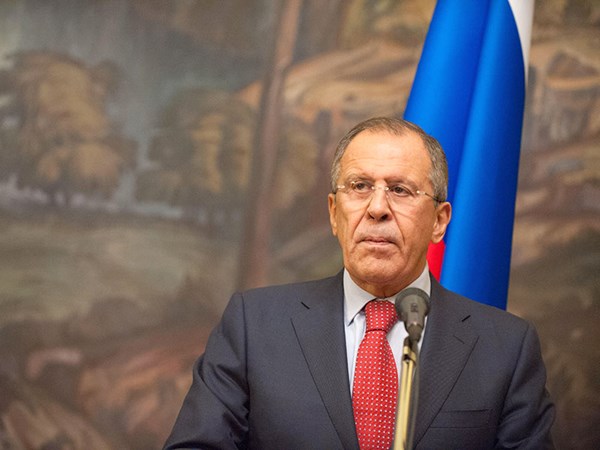 Russian Foreign Minister Sergey Lavrov said that Russia would not allow NATO vessels to enter the Sea of Azov to participate in the joint exercises with Ukraine.

“Now Ukraine wants to invite NATO to conduct joint exercises in the Sea of Azov, but this will not be possible because our agreement with Ukraine requires mutual consent for the passage of warships into the Sea of Azov,” said Lavrov in his interview with RT France, Paris Match and Le Figaro.

“But they want it, and they are actively encouraged by others,” added Lavrov.

According to the Russian Foreign Minister, the NATO actions near the Russian borders are provocative.

"The accumulation of weapons on our borders, the intention to modernize Europe’s transport infrastructure so that American heavy machinery and likely weapons of other NATO countries would have easy access to our borders – openly provocative exercises, not like ours with China in the middle of Siberia, but in Ukraine, in Georgia and in the Black Sea,” said Lavrov.

The Russian minister added that the deployment of the American division on a permanent basis on the territory of Poland would be a direct violation of the Russia-NATO Founding Act.

"All the exercises that are being held by NATO in the Baltic States, Poland, Romania and other countries, the deployment of contingents of Germany, Canada, England and, in my opinion, also France in the Baltic States, Poland, as well as the idea of our Polish colleagues to invite the American division to their territory, will be a direct violation of the NATO-Russia Founding Act prohibiting the deployment of substantial combat forces on a permanent basis in the territories of NATO member countries from Eastern and Central Europe — these are all very interesting processes, ”said Lavrov.