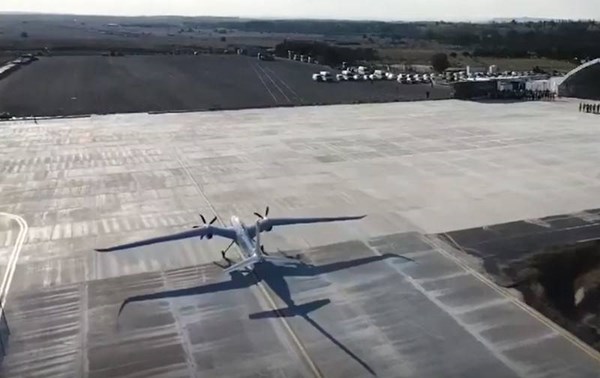 The latest Turkish “Akinci” attack drone, created in partnership with Ukraine, has made its first flight, the Ukrainian Military Portal reports.

According to information published on the portal, the Turkish drone, which is fitted with Ukrainian AI-450 engines, made its first take-off. The unmanned aerial vehicle (UAV) spent 16 minutes in the air, flying around the airport, after which it landed. Before this, the drone had undergone ground tests, the final stage of which consisted of short sprints down the runway.

The Ukrainian AI-450 engines were installed on the UAV at the end of August this year, after an agreement was signed to create a joint enterprise to be co-owned by Ukraine’s UkrSpecExport and Turkey’s Baykar Defence. Previously there were plans to equip the drone with RD-222 turbo-diesel engines developed by Tusas Engine Industries, but the project was subsequently adjusted for Ukrainian propulsion systems. In September 2019, Ukraine sent Turkey the second batch of two engines for these UAVs.

Ukraine said previously that the new UAV would be developed in light of 21st century armed conflict experience, and would be intended primarily for the Ukrainian and Turkish armed forces.

The Akinci belongs to a new class of “heavy” drones. The UAV has a wingspan of 20 m, with two Ukrainian AI-450 turboprop engines. It can fly at altitudes up to 12,000 m, and stay in the air for up to 24 hours. The drone can lift up to 900 kg of weaponry externally and up to 450 kg in the internal compartments of its fuselage. Its weapons include guided missiles and various normal and precision bombs.