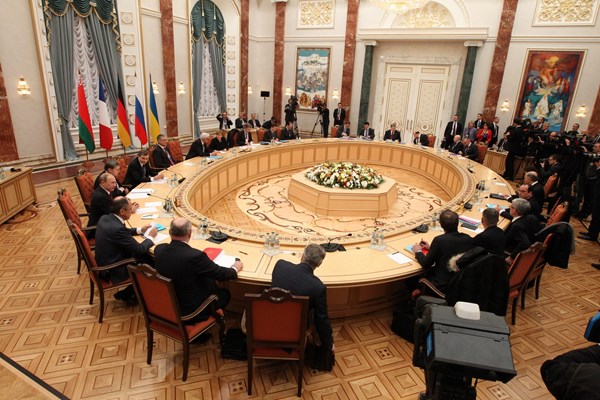 After the lockdown, which is in force during the COVID-19 pandemic, Kyiv will not send its delegation to the Trilateral Contact Group (TCG) in Minsk for talks on settlement in the Donbas, stated the Minister for Reintegration of the Temporarily Occupied, Oleksii Reznikov, on air of the Ukrainian TV channel ICTV, adding that Ukraine intends to look for another platform to continue negotiations.

"We have firmly informed that we will not participate in the TCG meetings if the quarantine is suddenly over and consultations will be expected to continue, as before, in Minsk," Reznikov said. He justified his position by the fact that Belarus, in his opinion, today "is under the influence of the Russian Federation" and Ukraine "has no confidence in this country."

In addition, Reznik pointed out that the Ukrainian military "took into account" the fact that "anti-Ukrainian rhetoric dominates" in Belarus.

The Ukrainian Ministry of Defense’s General Directorate said that Russia is ready for large-scale provocations, in particular, to attack deep into the territory of Ukraine.