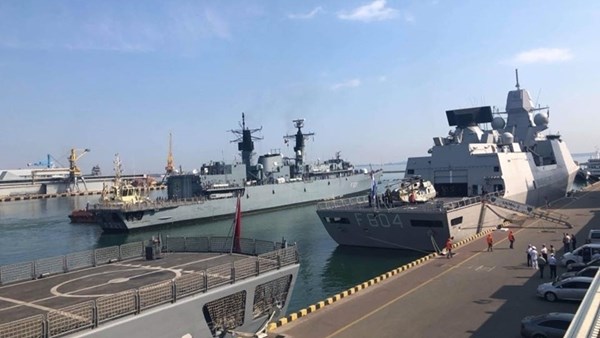 Georgiy Tuka, Deputy Minister for the temporarily occupied territories and internally displaced persons, said that that Kyiv may ask the UN Security Council or NATO to convoy Ukrainian ships in the Sea of Azov, 112 Ukraine reports.

According to Tuka, two solutions are being considered. The first option is to ask the UN Security Council for ship escorts. “The second option, which is less likely from my point of view, implies the use of NATO forces to escort ships in the Sea of Azov,” Tuka said. He added that he does not want to make predictions and state that the armed forces of NATO will help Ukraine.

On March 25, Ukrainian border guards detained a Russian ship, the Nord, with ten crew members on board in the Azov Sea. The seamen were detained and brought to administrative responsibility. Subsequently, the captain was released under a personal obligation to appear to the investigator upon demand.

On July 17, Ukrainian President Petro Poroshenko announced that Ukraine will fight the actions of Russian border guards inspecting ships. He added that he gave corresponding orders to the head of the Defense Ministry, the chief of the General Stuff and the commander of the Navy.

According to the current Russian-Ukrainian agreement of 2003, the Azov Sea is the internal water body of both countries. Both Russian and Ukrainian border guards have the right to inspect foreign ships. In early July, the Verkhovna Rada of Ukraine proposed to denounce this agreement.