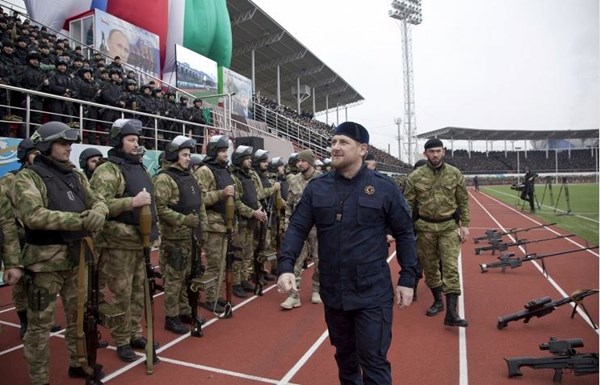 Russia has sent Chechen fighters to Ukraine to eliminate President Volodymyr Zelensky. However, representatives of the Russian Federal Security Service (FSB), who oppose Russia's invasion, leaked the details to the Ukrainian special services. As a result, some of the Kadyrov fighters were destroyed and Ukrainians are looking for the second group, said Secretary of the National Security and Defense Council Oleksiy Danilov.

"We are all aware of the special operation, which was to be carried out directly by the Kadyrov fighters to kill our president. And I can say that we received information from representatives of the FSB, who do not want to take part in this bloody war. And thanks to this, the Kadyrov’s elite unit that came here precisely to eliminate our president was destroyed, " Radio Liberty quotes the NSDC Secretary.

Danilov said that the Kadyrov fighters were divided into two groups.

"We tracked them. One group was destroyed in Hostomel. Another group is now, let's say, in crosshairs," Danilov said.

On February 28, in his telegram channel, the head of Chechnya, Ramzan Kadyrov, acknowledged the death of two servicemen from Chechnya in Ukraine, but did not give their names.

"Unfortunately, there are already losses among the natives of the Chechen Republic. Two died, six more got various degrees injuries," Kadyrov said. However, neither Kadyrov nor the Kremlin commented on the statements of the Ukrainian authorities about the Kadyrov fighters who "came to Ukraine to kill President Zelensky."