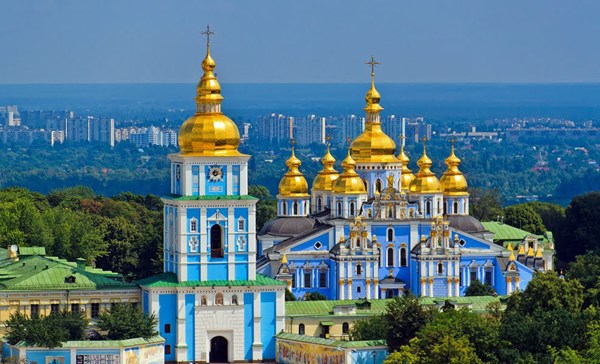 The Ukrainian Orthodox Church of the Kyivan Patriarchate (UOC KP) expects that a united assembly of the orthodox churches will be held before the end of the year. At the assembly, it will announce the establishment of a new church, with a Tomos of Autocephaly (independence) from the Ecumenical Patriarchate of Constantinople, UOC KP Archbishop Yevstratiy told RBC.

“We hope that all the procedures will be completed this year, and that the Tomos, as a physical official document, will be in Kyiv already,” the Archbishop remarked.

Earlier, head of the Ukrainian Autocephalous Orthodox Church (UAOC) Metropolitan Makariy told the TV channel ZIK in an interview that it was still too early to give a date for the united assembly of the new Ukrainian local church, since he had not yet managed to reach an agreement with Kyiv Patriarch Filaret on the name and charter of the future united church.

“If the church were in complete agreement and held the same views, it is obvious that we would not have two church jurisdictions,” Yevstratiy observed, commenting on Makariy’s statement. “Preparing for the assembly also involves finding a common solution. The fact that we have different perspectives is completely normal. At the end of the day, the churches will find a common solution through dialogue,” he continued.

In addition to the UAOC and the UOC KP, the Orthodox Church of the Moscow Patriarchate (OC MP) is also active in Ukraine. It is the largest in terms of churches and parishes, and is opposed to the Ukrainian Church being granted independence.

According to Yevstratiy, the Kyivan Patriarchate is not negotiating with the Moscow Patriarchate concerning the possible involvement of its representatives in the united assembly, since it is “categorically opposed to the assembly and the autocephaly”. “But the fact that there will be dialogue with those who want to be involved in the creation of a united local church and who currently belong to the Moscow Patriarchate, is obvious,” he notes.

He says that the Russian Orthodox Church (ROC) will recognize the new united independent Ukrainian Church sooner or later. “We are just at the start of the process of establishing relations. In the end, the Ukrainian Church will have Eucharist communion with the local churches. The ROC will be among the last, but sooner or later it will recognize the autocephaly,” Yevstratiy believes.

Yevstratiy also warns that reports of clerics from the Moscow Patriarchate moving to the new church should be taken with caution. “Yesterday the internet was full of a reported statement by Metropolitan Oleksandr [of Pereyaslav-Khmelnitsky and Vishnevsky], which he ended up having to refute,” he notes.

On October 11, the Constantinople Patriarchate confirmed its intention to grant the Ukrainian Church autocephaly, and established canonical communication with the UAOC and the UOC KP. Four days later, the Russian Orthodox Church broke off communion with the Constantinople Patriarchate, describing the latter’s actions as “unlawful” and “uncanonical”.