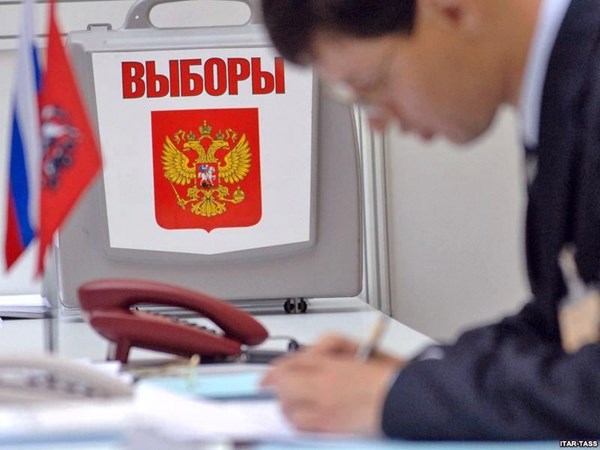 "We used mostly methods of prosecutorial response to restrict spreading knowingly false information, calls for mass public events during the voting and even for mass riots," Zhafyarov said at a meeting of the Federation Council Commission on Protection State Sovereignty.

"These actions form the appropriate compositions of both administrative offenses and criminal offenses," he said, adding that the prosecutor's office intends not only to limit the dissemination of information, but also to bring to justice very specific perpetrators."

The head of the Russian State Duma Commission on the Investigation of Foreign Interference in Russia's Internal Affairs, Vasily Piskarev, at the same meeting said 20 foreign non-governmental organizations (NGOs) have been “spreading fakes about the elections”.

There was a planned campaign to "spread insinuations and impose certain preferences on Russians during the voting," Piskarev said, adding that several NGOs “openly urged Facebook, Twitter and Google not to comply with the instructions of the authorities and ignore the requirements of Russian legislation on the removal of prohibited content”.

According to the final data of the Central Election Commission of Russia, the ruling party United Russia got 324 seats out of 450. Putin’s party got 49.82% on federal lists and 198 seats on single-mandate districts.

Although the ruling party approached the election with a 10-year-lowest rating falling below 27%, it managed to maintain a constitutional majority with the votes received via electronic voting system.