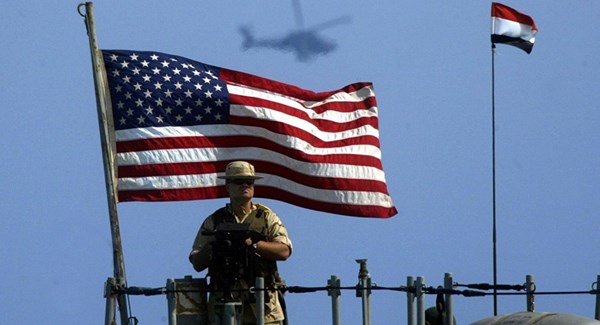 Russia does not accept the US military presence in the countries of Central Asia, said Russian Deputy Foreign Minister Sergei Ryabkov after a meeting with US Deputy Secretary of State Victoria Nuland, reports TASS.

"We emphasized the unacceptability of any form of American military presence in Central Asian countries," Ryabkov said.

He explained that he had discussed Afghanistan with Nuland. The US Under Secretary of State flew to Moscow the day before to discuss bilateral relations, as well as issues at the global and regional levels.

The possible use of Russian bases by the United States in Central Asian countries, in particular in Tajikistan and Kyrgyzstan, for joint control of the situation in Afghanistan was discussed in June. According to the newspaper Kommersant, in June, during a summit in Geneva, Russian President Vladimir Putin offered the U.S. President Joe Biden to use Russian bases in these two countries. The interlocutors of the publication indicated that this would help the United States and Russia to exchange the information about the situation in the region. In July, Russian presidential spokesman Dmitry Peskov said he could neither confirm nor deny the reports.

At the end of September, The Wall Street Journal, citing its own sources, reported that the chairman of the US Joint Chiefs of Staff, General Mark Milley and the Chief of the General Staff of the Russian Armed Forces Valery Gerasimov discussed at a meeting in Finland the possibility of using Russian bases in Central Asia by the US military.

Then Pentagon chief Lloyd Austin confirmed it. He said Moscow had offered the U.S. to use its bases in Asia to respond to terrorist threats after U.S. troops left their bases in Afghanistan.