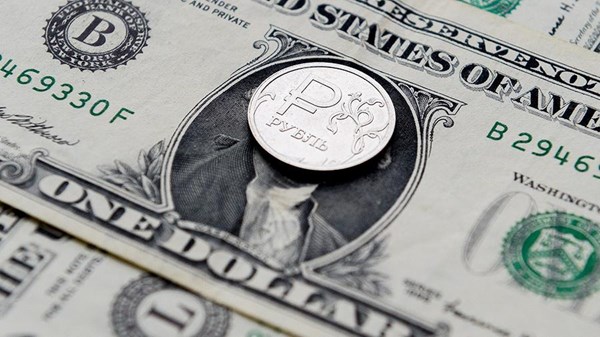 The Russian Finance Ministry has retracted its statement on plans to transfer all of its foreign currency reserves from dollars to euros.

The RIA Novosti report, quoting Dmitry Timofeev, director of the Department of External Restrictive Measures Control of the Finance Ministry, was retracted by the Ministry.

The original article stated that the Russian authorities want to make Russia a "euroized country" replacing the dollar with the euro.

According to the publication, the Kremlin planned to remove the US currency, both from Russian Central Bank’s liquid assets and from foreign exchange operations.

This "needs incentives," Timofeev said on Monday, speaking in the Russian State Duma. These mechanisms, he said, may be different, but "being a market economy, we can't order everyone to stop using dollars."

“Directives for state-owned companies are possible as one of the measures,” he said.

"We need a lot of comprehensive work to move the entire economy further away from the dollar, which, in fact, will allow us to avoid sanctions and make the world actually more democratic," Timofeev said.

“These are regulatory incentives," the Russian Finance Ministry explained Timofeev's words. "Such incentives cannot include any restrictions, only economic methods," the Ministry stressed.

The Russian authorities set a course for de-dollarization in 2014, after the annexation of Crimea and the war in the Donbas triggered an avalanche of sanctions and potentially new measures, up to the oil and gas embargo and disconnection from the SWIFT system.

The Russian Central Bank has almost completely eliminated investments in the U.S. government debt and reduced the share of the dollar in its reserves to 20%. Although, in general, world's central banks keep in the U.S. currency 60% of their foreign currency reserves.

In 7 years, the share of foreign dollar-denominated bonds has been reduced from almost 50% to 37%, and the dollar's share in commodity trade, which reached 80%, by the end of 2020, fell below 50% for the first time in Russian history.

But despite the statistical successes, "politically motivated de-dollarization from above" has affected only areas subject to direct government control, notes ING's chief economist for Russia and CIS Dmitry Dolgin.

Thus, the share of the dollar in private sector savings, including foreign currency deposits of individuals and foreign business assets, has not changed and is the same 45% as in pre-Crimean times.

As for de-dollarization of exports, it occurs mostly on paper. The declared transition to trade in euros and yuan does manifest itself at the Moscow Stock Exchange, where the share of the dollar in foreign exchange trading reaches 87%.

Compared to 2014, this number has decreased by only 2 percentage points, and in the last two years it has been growing, ING calculated.

This is because Russian exporting companies, having received the proceeds in euros, convert them into dollars to further exchange dollars for rubles in Russia, said Timofeyev.

It is difficult for a number of large corporations to abandon dollar transactions in principle. Russian oil giant, Rosneft, for example, had $23 billion in U.S. currency debt as of March 31, 2021. Over the past 12 months, the company has more than doubled its investment in dollar assets on its balance sheet, from $4.6 billion to $11.2 billion.