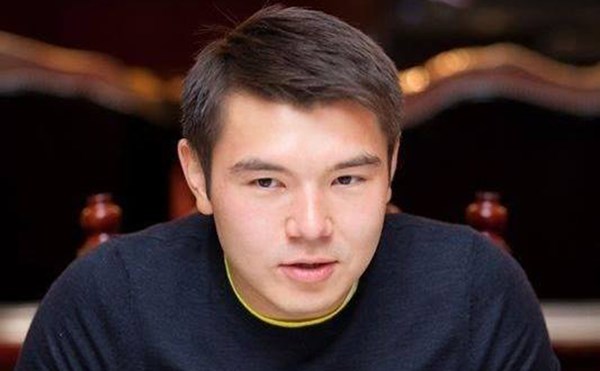 Aisultan Nazarbayev, grandson of Kazakhstan’s first president, Nursultan Nazarbayev, has requested political asylum in the UK and promised to expose the details of multi-billion dollar corruption with gas contracts, reports finanz.ru. He claims that Kazakh leaders and “Russia’s upper echelon” – including Gazprom CEO Alexey Miller and Russian President Vladimir Putin – are involved in the corrupt schemes.

He says that he is being pressurized by his family, because he possesses “information on large-scale corruption between the governments of Russia and Kazakhstan” which runs into the billions of US dollars.

Aisultan writes that Kazakhstan sells its gas to the Russian gas monopoly Gazprom “for a pittance”. “There is a holding company and it has a profit of around $1.5 billion per year. The money is deposited in Singapore and there it is divided between the Russian upper echelon, Vladimir Putin’s wallets, and especially Alexey Miller, director of Russia’s Gazprom,” he writes.

“As for Kazakhstan, the profit of around $700 million per year is divided between Timur Kulibayev and Kairat Boranbayev, my ex father-in-law,” he added.

By his own admission, he has used drugs in an attempt to “block out the pain of what is happening” as a result of the pressure from his family. He has promised to disclose details in an interview with The Times.

“It’s also clear to me that I have a question for the US government: If the US government seeks to establish democracy throughout the world, and to protect human rights, why does it impose sanctions on the Russian government but ignore the government of Kazakhstan?” he concludes.

Aisultan Nazarbayev graduated from the Royal Military Academy Sandhurst (England) and was enlisted in the Main Intelligence Directorate of the Kazakh Defense Ministry. In October 2019, he was given a one year suspended sentence for biting a police officer in London. According to BBC News, he has also received treatment at a private drug rehabilitation clinic.