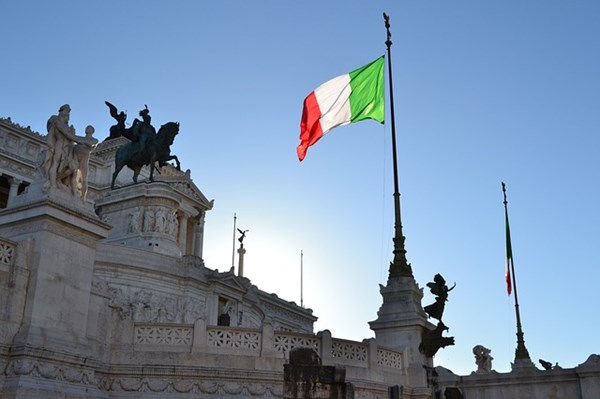 The Italian Embassy in Ukraine is continuing to investigate the reports of shipments of Italian-produced equipment to the Zolotaya Balka factory in Russian-annexed Crimea, said Italian Ambassador Davide La Cecilia while giving a presentation on Ukraine-Italy relations in Kyiv, Krym.Realii reports.

“We are currently trying, through the ministry, to obtain information in order to find out what actually happened, because there are mechanisms for contravening sanctions. And when we clear up the final information, then we will be able to involve other branches of government, even the judicial branch,” Cecilia explained.

In December 2018, the Italian Embassy in Ukraine announced that it had started looking into the reports published by Radio Krym.Realii that equipment from Italian producers had been shipped to the Zolotaya Balka plant in Crimea.

Natalya Kudrik, a Radio Liberty correspondent in Rome, said in a Radio Krym.Realii broadcast on 21 December that the Italian company Bertolaso had confirmed the shipments to Crimea. A Bertolaso representative commented that two months earlier, the company had delivered a machine to clean, fill and cork bottles to the factory in Sevastopol.

The agricultural company Zolotaya Balka launched a new factory in Sevastopol on 12 December. Company representatives claimed that Italian-made equipment had been installed at the plant, from companies such as Bertolaso, Innotec, Robino&Galandrino, Gortani and others.

Bertolaso was the only Italian company to acknowledge the deliveries. Gortani denied having collaborated with the Crimean factory, even though its logo and phone number are visible in a Zolotaya Balka presentation video.

The Ukrainian Embassy in Italy asked the Italian Foreign Ministry and the General Confederation of Italian Industry to take action against these Italian companies for their dealings with occupied Crimea.