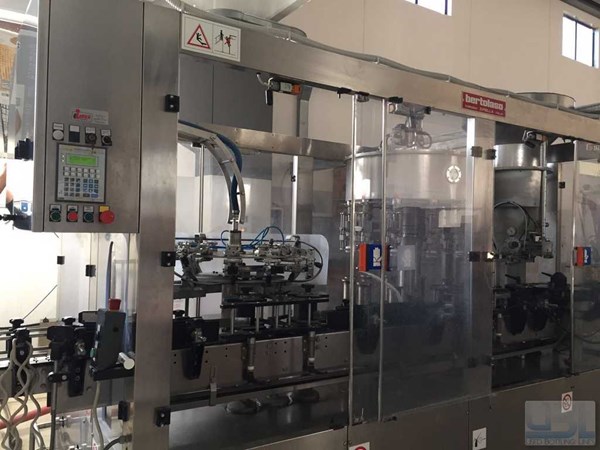 On Friday, December 21st, Krym.Realii reported that Italian company Bertolaso confirmed the delivery of industrial equipment for the new plant of the agricultural company Zolotaya Balka in the annexed Crimea.

A representative for the commercial department of Bertaloso, Luca Karassi said that two months ago the company delivered a machine to wash, fill, and seal bottles, which was intended for a plant in Sevastopol.

“The contract was signed with Russia, the agricultural company Zolotaya Balka- Russia, but we knew that our product was intended for use in a Crimean plant. At first, the order was issued with Zolotaya Balka in an office in Crimea, then the address of the company changed, and at the request of the client, the final contract for sale was signed with Russia,” said Karassi.

He also indicated that the company “dealt directly with the Russians.”

“Everything is legal, and we do not see anything suspicious. We sell machinery to different customers, where they install it, is no interest to us. We regard Crimea as a favorable region for doing business with great potential for development. If you ask about sanctions and the moral aspect of the issue, I end the conversation,” said the Bertaloso representative.

The other Italian companies, which, according to representatives of Zolotaya Balka, also supplied equipment to the Crimean enterprise, did not comment on the situation in detail.

The Embassy of Ukraine in Rome considers the supply of equipment to the annexed Crimea a violation of European law.

It is noted that Ukrainian diplomats have already sent requests to the aforementioned companies about possible cooperation with Zolotaya Balka, but have not received a response.

The Italian Foreign Ministry sent a verbal note requesting measures be taken to prevent violations by Italian companies of the sanctions imposed by the European Union. Italy’s official response has not yet followed.