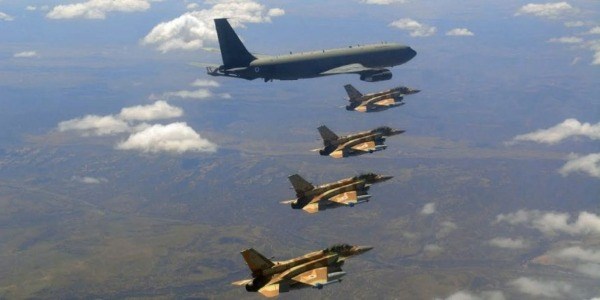 On the evening of May 4, Syrian air defense forces repelled an air attack in Aleppo province, reports the Syrian news agency SANA.

According to the agency, Israel was behind the attack targeting a research center.

"At 22:32 on May 4, the enemy aircraft appeared on radar screens. The aircraft carried out missile strikes on military warehouses in the area of Al Safirah. The air defense systems intercepted enemy missiles, the damage is being established," the agency stated.

The Israel Defense Forces did not confirm the air attack on Syria.

According to Deir Ezzor 24 news website, sounds of explosions were heard in the areas of the eastern Deir ez-Zor countryside (east of the Euphrates) coming from the vicinity of Al-Mayadeen city near Al-Rahba castle, al-Baloam area and village of Buqruss.

Similar explosions were heard near the cities of al-Mayadeen and Al-Bukamal, between Ein al-Ali area (in Al-Quriya city) and Al-Bukamal countryside.

According to Deir Ezzor 24, Israeli air strikes targeted positions of Iranian militias west of the Euphrates.

In March 2017, the head of the General Staff of the Iranian Armed Forces, Muhammad Bagheri, revealed that Iran possesses a missile manufacturing plant and it is likely that this plant is located in Al Safirah area.

Earlier on May 1, it was reported that Israeli helicopters had struck Syrian military positions in the province of Quneitra.