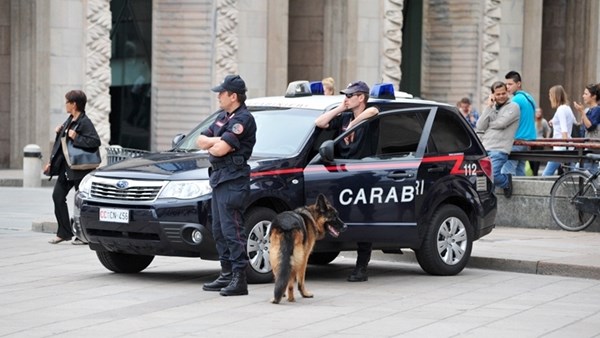 As result of a special operation by Italian authorities, six people were arrested after an investigation revealed that they were recruiting mercenaries to participate in military operations in Donbas on the side of the pro-Russian militants. The Ukrainian embassy in Italy reported that among the arrested there are citizens of Moldova and Albania.

“On the night of August 1st, Italian law enforcement authorities exposed an organized criminal group, which recruited and financed persons to participate in combat actions in the Donbas region,” reads the statement published on the Ukrainian Embassy’s Facebook page.

The operation was coordinated by the Prosecutor’s Office of Genoa. Carabineers conducted a series of searches and arrests in Milan, as well as in Parma and Avellino. There were 15 people under investigation. Six of them were arrested, seven of them were searched.

“The Embassy and the Consulate General of Ukraine in Milan keep the matter under special control”, -assured the diplomatic mission.

Earlier the Italian newspaper La Repubblica reported the arrest of members of the group, which was engaged in the recruitment of militants to participate in military operations against Ukraine in Donbas. As data shows, initially the investigation concerned unlawful activities of ultra-right groups in Italy.

The Associated Press reported that three members of the group are on the wanted list. According to the newspaper, the investigation established a connection between the arrested and the Russian neo-Nazi group “Rusich” the fighters of which in 2014-2015 fought in the Donbas. The leader of the group Alexey Milchakov aka “Fritz”, demonstratively tortured and killed Ukrainian prisoners. In 2011, he was in the field of view of the media and the Russian police in connection with the cruel murder and dismemberment of dogs, photos of which he published on social networks.