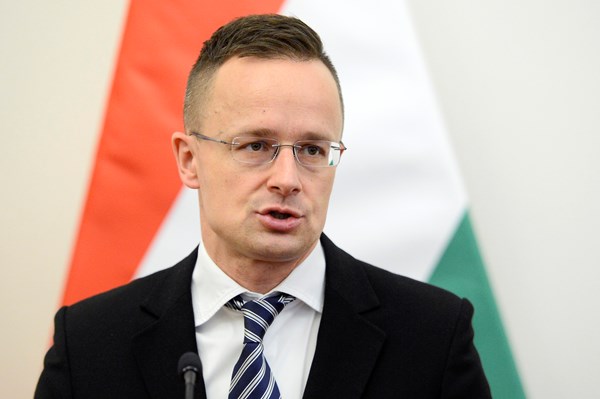 Hungarian Foreign Minister Peter Szijjártó said that his country will not join the sanctions of the European Union against Russian oil and gas, reported Interfax-Ukraine.

"The Hungarian people cannot pay for this war, so we will not support the imposition of sanctions on gas and oil supplies," Szijjártó said at a news conference with Turkish Foreign Minister Mevlut Cavusoglu in Ankara.

"Hungary depends on Russian gas. The supplies are carried out in accordance with international agreements," the minister stressed.

Szijjártó noted that Hungary stands for a peaceful settlement of the situation in Ukraine, supports the territorial integrity of Ukraine, and is also ready to accept Ukrainian refugees.

At the same time, according to him, there will be no supply of weapons to Ukraine through Hungary.

"Our primary task is to ensure Hungary's security. We do not want Hungary to be drawn into the war," Szijjártó added.

In early April, Hungarian Foreign Minister Peter Szijjártó said that Budapest would not allow transit of weapons for Ukraine through its territory and will not vote for EU energy sanctions against Russia.

"Our victory is so great that it is visible from the moon," Orban said after the recent elections in Hungary and listed all opponents of his Fidesz party. According to the Hungarian Prime Minister, among them is the Ukrainian President Volodymyr Zelensky.