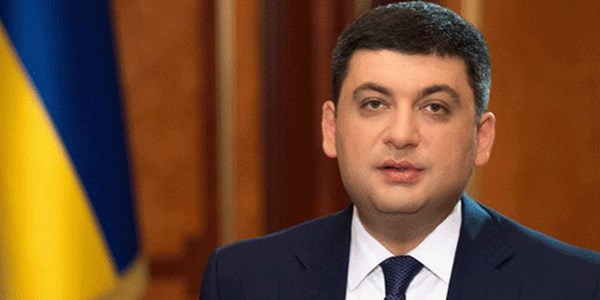 Ukrainian Prime Minister Volodymyr Groysman told ICTV in an interview that he will participate in the upcoming parliamentary elections through his own party, “Ukrainian Strategy”, and will not unite with anyone, not even former president Petro Poroshenko.

Groysman said that he has already received such offers from Poroshenko, and that “many politicians” have been discussing possible mergers. “I have decided to run independently, and for me this decision is final. I think we are simply different,” he said.

He explained that his party’s strategy in the elections will touch on all spheres of life, with three priority areas: the people’s confidence “in tomorrow and the day after”, normal prosperity, and security.

Groysman also pointed out that, although he has submitted his resignation, it is still awaiting parliament’s approval, and he will continue to act as prime minister until the new government is formed.

The politician said that as prime minister he is severely restricted in personnel matters and cannot always make the decisions that seem most effective to him.

Groysman has served as prime minister since April 2016. Before 2014, he was a member of the “Our Ukraine” party that was established in support of former president Viktor Yushchenko, and later he moved to the Petro Poroshenko Bloc “Solidarity”. He filed his resignation on 24 April this year after the new president Volodymyr Zelensky criticized the cabinet of ministers and advised them to resign. The following day, Groysman announced his plans to form his own party.

After being sworn in, President Zelensky signed an order to dissolve parliament and hold extraordinary parliamentary elections. He said that the reason for this was that the Verkhovna Rada has not had a coalition since 2016.

Before Zelensky’s inauguration, the People’s Front party announced that it would withdraw from the coalition. Parliament Chairperson Andriy Parubiy called the decision to disband unconstitutional, and said that according to current legislation, the Rada has 30 days to form a new coalition.